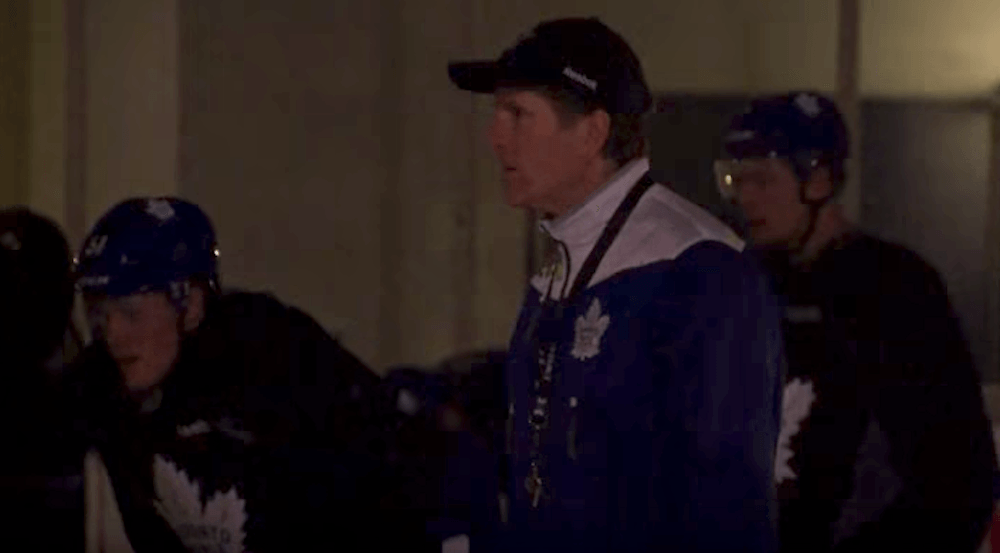 After a 7-0 loss to the LA Kings on home ice on Tuesday, Leafs head coach Mike Babcock put his team through the paces on Wednesday at practice.

With two days off in between games, the Leafs players picked a bad time to have a stinker.

Babcock put his team through a bag skate, something that’s easier to do with an extra day’s rest before Friday’s game against the Philadelphia Flyers.

And then the lights went out.

Babcock, who was not in the best mood after Tuesday’s loss, carried on, continuing to make his players work.

“I was thinking ‘thank goodness, we’re getting off the ice’ then obviously Babs had different ideas,” defenceman Jake Gardiner said.

Did Babcock think about stopping practice?

“We did stop practice,” Babcock said with a twinkle in his eye. “We stopped the drill we were doing and then just did a little skating…

“What, you can’t skate in the dark or what?”