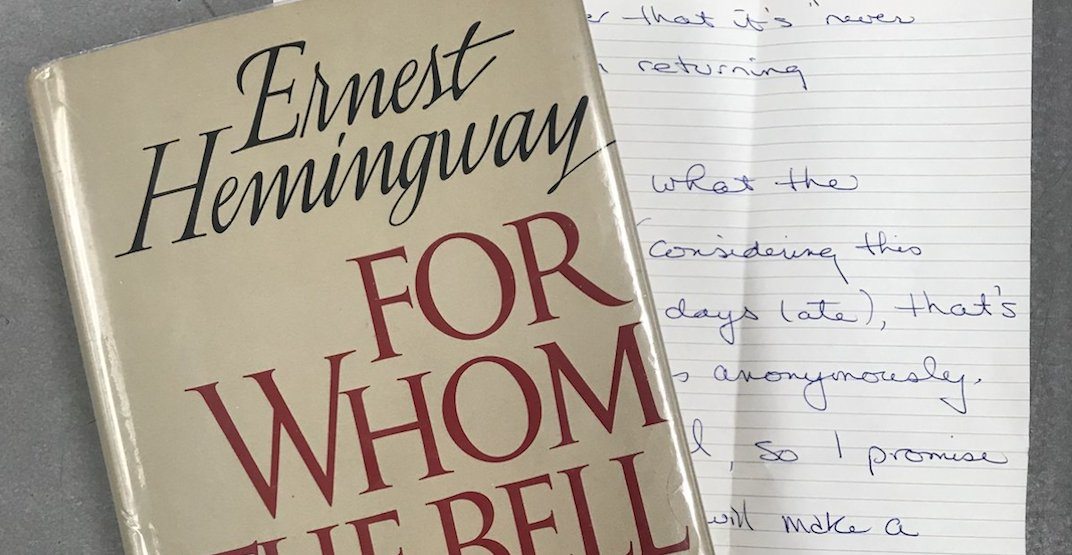 A novel from American Nobel Prize-winning author, Ernest Hemingway, has been returned to a Toronto library more than three decades after it was checked out.

A hardcover copy of For Whom the Bell Tolls was due back to Northern District Library, a branch of the Toronto Public Library, in January of 1987.

Thirty-two years later the novel has been returned with a thoughtful message to all that “it is never too late.”

This Hemingway classic was due to Northern District back in 1987. Thirty two years later, it has been returned with a thoughtful message to all that “it is never too late”. pic.twitter.com/LkasMRZbpb

It was returned anonymously to the branch earlier this month.

“I am a believer that it is never too late, so I’m returning this book,” the note accompanying the novel starts. “I can’t imagine what the fine would be (considering this is 32 years and 72 days late).”

The anonymous returner promised to make a gesture to the library to make up for the unpaid late fees.

“I’m not a scoundrel, so I promise that I have or I will make a gesture towards the library,” reads the note.

As for the late fee, according to the Toronto Public Library, the maximum fine for each item per loan period is $14.