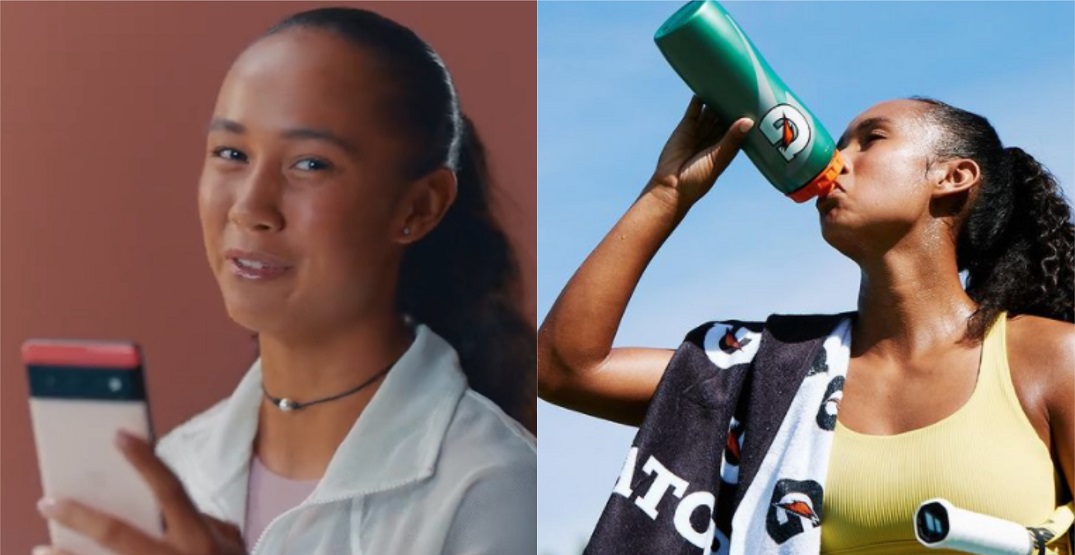 Leylah Fernandez’s rise to prominence has become one of the best stories in Canadian sports in 2021.

So it’s no surprise that major brands are finding ways to partner with the tennis star.

Kicking off her Australian Open journey tonight with a match against Maddison Inglis, Fernandez has landed three major endorsement deals in the last week alone.

Prior to playing in the year’s first Grand Slam tournament, Fernandez announced deals with Lululemon, Google, and Gatorade, the last of which was announced today.

“It’s so exciting to be part of the Gatorade team and among some of the greatest athletes in the world,” said Fernandez in a statement. “I’m honoured to be a part of an organization that helps fuel athletic performance and is invested in the initiatives I’m passionate about, so we can work together collaboratively.”

“Leylah is everything we look for in a Gatorade athlete,” said Lourdes Seminario, Senior Director of Marketing at PepsiCo Canada. “We can’t wait to continue to welcome the next generation of athletes and support their development, as women in sport and exceptional athletes.”

Her Google Ad, meanwhile, plays off the trilingual Fernandez — who speaks English, French, and Spanish.

In the ad, Fernandez navigates different languages while in an interview and restaurant setting, both of which would happen to a world-travelling tennis athlete.

Hey Google, let’s do this! I’m excited to be partnering with @GoogleCanada and @MadeByGoogle as I head out on the circuit with my new #Pixel6 pic.twitter.com/OM8mVSd5wv

Fernandez, just 19, is the highest-ranked Canadian in the WTA rankings, currently sitting in 24th position.