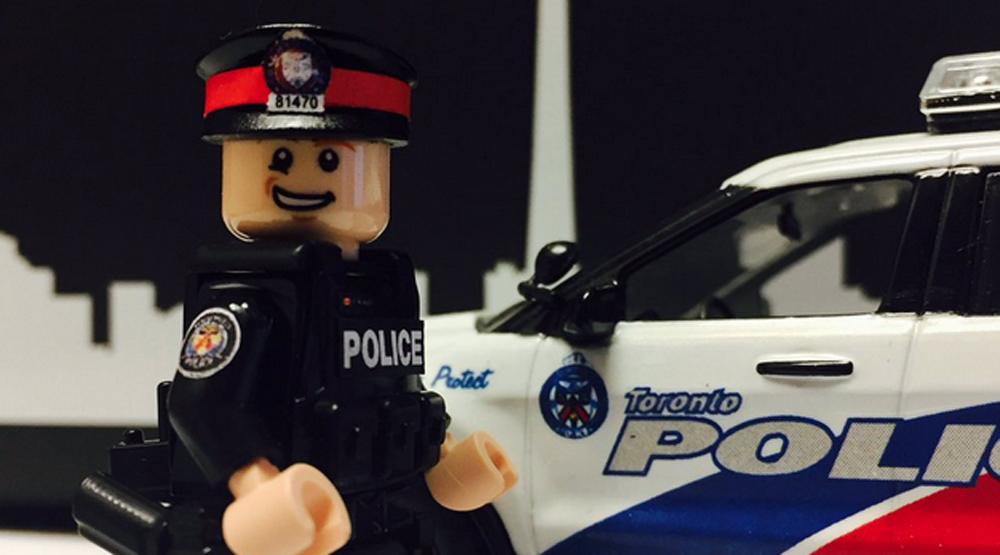 What do Daft Punk, Darth Vader, The Muppets, and GTA cops all have in common?

They’ve all been forged into LEGO figurines.

Self-described “Lego and uniform officers enthusiast,” Daniel Ng runs the accounts @LegoCopGTA on Instagram and Twitter where he showcases his Toronto Lego Copper Collection, a custom-made set of Lego people in the likeness of our local law enforcement and emergency service workers.

The reason why I started this hobby is because of these Lego from the Hong Kong Police. I thought, why not make some to represent my city? 😉 pic.twitter.com/4gRR9240JH

Behind Officer @ReconGeniTPS is a Total Station. It is used to forensically map out a collision scene. 😉 #recon #tps #lego pic.twitter.com/fcC9C60NNN

Look! , a “helmet” – Whether you are riding a horse, a bike, a scooter or even roller skating, wear your helmet, it may save your life. 😃 pic.twitter.com/jiV350w99R

Fare Inspector from the TTC is styling a turban as part of his official uniform. What a way to represent the diversity we have in Toronto! 😎 pic.twitter.com/jxd77TQ6S7

Take advantage of #PRP ‘s Buy and Sell exchange zone as a safe meeting place when you deal with an online transaction. 😉 #peelpolice #LEGO pic.twitter.com/PbudZqywuH

Never run thru opened streetcar doors. People can exit at any time. Not just the law, but mainly about safety. #RoadSafety #TTC #streetcar pic.twitter.com/LU8B57TzV8