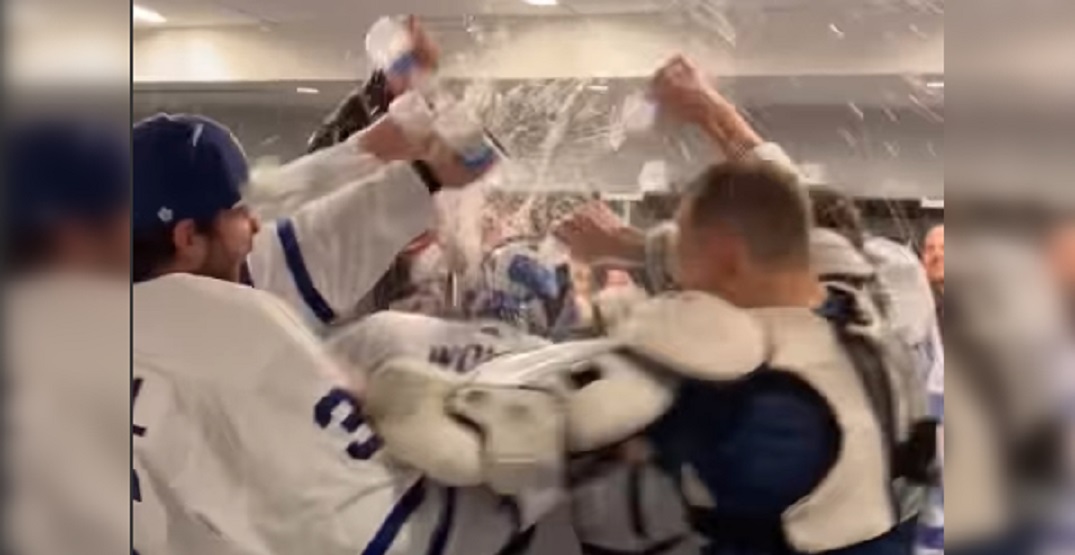 With a 3-0 win over the New York Islanders, Woll and the Leafs dealt a blow to the home team, now 0-2 in their flashy new UBS Arena.

While Woll made 20 saves on the ice, he couldn’t quite stop the onslaught coming to him in the Leafs’ locker room postgame.

Entering the room last with fellow goalie Jack Campbell, Woll was surrounded by his teammates with water bottles who gave him an impromptu shower.

Woll is now 2-0 in his brief NHL career.

“It’s really cool to see how much everyone supports other guys and how much happiness everyone gets from, you know, other guys succeeding,” Woll told reporters postgame. “It’s such a special team win, and it was pretty cool just to see the excitement in the room.”

“To me, he just looked confident, comfortable in the net, and I think that gave our team confidence as well,” Keefe said. “He was excellent. Our guys did a really good job [of protecting him]. I’m proud of our team for that. That’s the way it should go. Our team should take care of [Woll] and give him every opportunity to succeed.”

Woll was originally selected by the Leafs in the 2016 draft but enrolled at Boston College for the next three seasons following the pick.

He spent each of the last two years with the AHL’s Toronto Marlies, finally getting his first NHL action earlier this month against Buffalo when goaltender Petr Mrazek was sidelined with a groin injury.