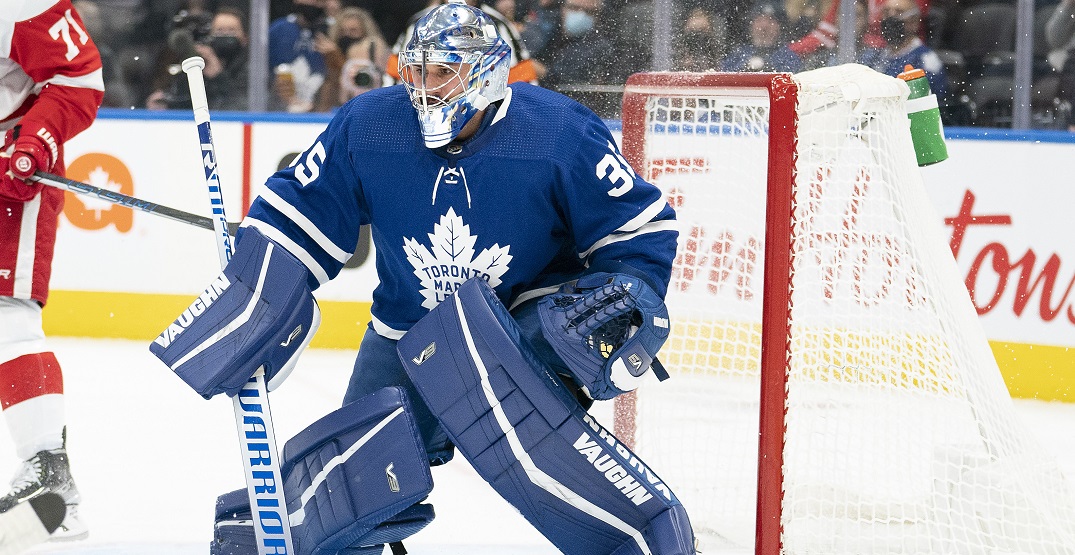 It was announced on Saturday that Mrazek had suffered a setback to a previous groin injury, and that he’d be sidelined for Saturday night’s game against the Boston Bruins.

The team is expected to know more about his injury tomorrow, per ESPN reporter Kristen Shilton.

After joining the team this summer on a three-year deal, Mrazek has played in just two games for the Leafs so far. Mrazek hurt his groin in only the second game of the year, sidelining him for two weeks.

Joseph Woll was recalled from the Toronto Marlies in his absence. Puck drop is set against Boston for 7 pm at Toronto’s Scotiabank Arena. Jack Campbell is scheduled to start for the Leafs, while Linus Ullmark will be in net for the Bruins.

It’s Campbell’s 10th appearance of 12 games for the Leafs, including nine starts and one relief appearance.

But while Mrazek might not be doing so hot, the Leafs have found somewhat of a stride. After a four-game losing stretch, the Leafs reversed their fortunes and have now picked up consecutive wins over Chicago, Detroit, Vegas, and Tampa Bay.