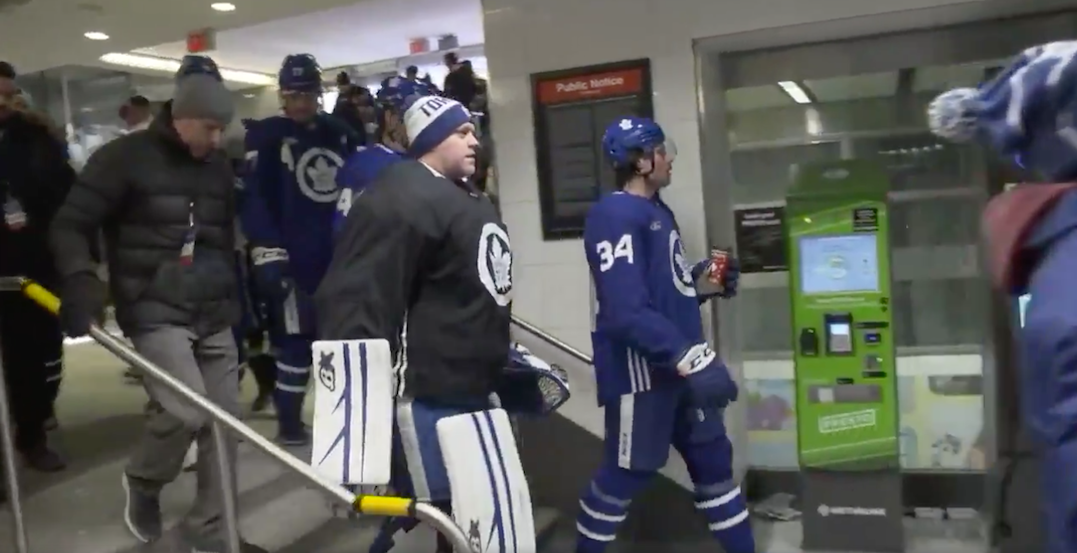 The Toronto Maple Leafs were scheduled to make their appearance at Nathan Phillips Square on Thursday for their outdoor practice, and they rode the rocket to get there.

The Leafs are hosting a public practice at Toronto’s most iconic outdoor rinks, and were set to hit the ice for noon.

Dressed in full gear while trying to head to the Queen Street rink, it looks like, for the second year in a row, they decided to take public transit. The team was shown entering a station and being met with whoops and hollers from fans.

Imagine, just being on the Yonge-University line on the TTC, and just standing next to Auston Matthews in full gear. Just a casual Thursday on the TTC.

And — to most everyone’s surprise — they weren’t late.

Bragging rights on the line today.

Who you got, Leafs Nation? #LeafsForever pic.twitter.com/0TMo16PhtU

.@adambrooks77 says growing up playing on frozen ponds may be an advantage for Team West.

Just your average commute for the @MapleLeafs. 🚇 pic.twitter.com/gmOSe20IZn

We didn’t see anyone tapping their Presto cards, though…