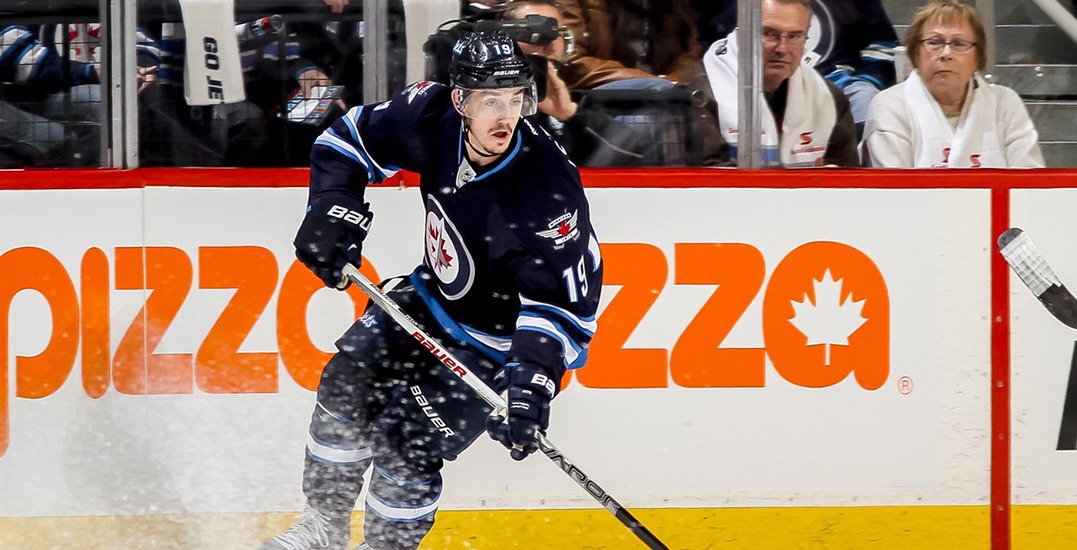 After spending four years with the Winnipeg Jets organization, 23-year-old Nic Petan is on the move to Toronto.

In return, the Jets will be receiving 27-year-old Par Lindholm.

Petan, who stands at 5-foot-9 and 179 pounds, was drafted by the Jets in the second round of the 2013 NHL entry draft. The BC native was picked 43rd overall and after a three-year stint with the WHL’s Portland Winterhawks, Petan graduated to the NHL.

The forward juggled his time between the Jets and the Manitoba Moose, their AHL affiliate, however, had challenges producing at the NHL level.

The 2016-17 season was his longest stint with the Jets, where he played 54 games, netting one goal and 12 assists in the process. He dressed for 13 NHL games this past season.

Toronto hockey fans may remember him from his days starring for Team Canada at the World Juniors. Petan tied for the tournament lead in scoring in 2015, helping Canada beat Russia in the gold medal game in Toronto.

Lindholm, on the other hand, will be getting a fresh start on a Winnipeg team that saw plenty of action come deadline day.

The 2018-19 season marks Lindholm’s first NHL stint, in which he logged one goal and 11 assists over the course of 61 games.

Prior to that, he spent four seasons with Skellefteå AIK of the Swedish Hockey League (SHL). He was signed as a free agent in the past summer.

Petan will be a restricted free agent following this season. Lindholm will re-enter the free agency market as a UFA.