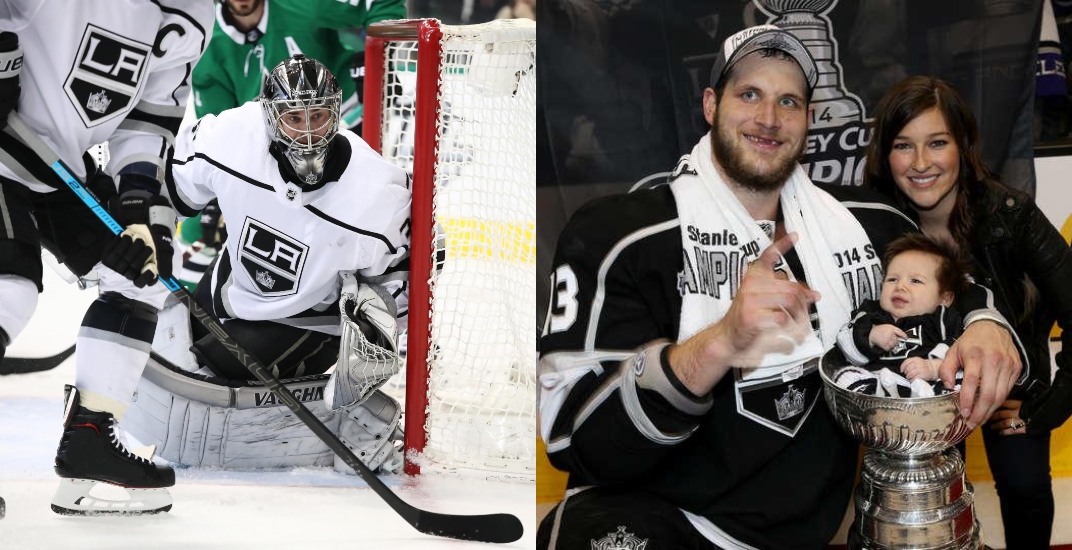 The Toronto Maple Leafs have fixed their goaltending crisis… for now. After season-long concerns over both their backup and starting goaltending options, the Leafs finally made a move, acquiring goalie Jack Campbell and forward Kyle Clifford for Trevor Moore and draft picks.

The full details of the trade:

Los Angeles will retain 50 percent of Clifford’s salary as part of the transaction. #LeafsForever

From an asset management standpoint, there’s really not much to evaluate. They lost a fourth line player they signed as an undrafted free agent who contributes a point about once every four or five games, and ended up getting a similar player in return in Clifford. They lost two draft picks, but they still have nine others left for 2020.

The biggest caveat is really Campbell’s play. If 28-year-old goaltender is a suitable enough backup option for this season (and the two left on his contract after this), the trade solves what was Toronto’s clearest weakness. If not, Toronto could end up missing the playoffs and be left with another backup goalie they don’t know what to do with.

Getting to know Jack Campbell

Campbell first found his name blast across the North American airwaves with his performances at the 2010 World Juniors. An American hero of sorts, his work in relief of the 2010 gold medal win at age 17 against was an iconic performance in and of itself. Campbell’s 32 saves on 34 shots over two periods and overtime were a key contributor to a legendary 6-5 USA win over Canada.

It was a major factor in Campbell being selected 10th overall by the Dallas Stars in 2010, one of the highest goalie selections in the 21st century. It wasn’t uncommon to find his name at the very top of goalie prospect lists, and with good reason: he was young and able to do it on the big stage.

Campbell returned the next year as USA’s starter and subsequently won his first four starts. A .941 save percentage was enough to earn him tournament’s top goaltender, though the USA found themselves settling for a bronze medal this time around.

He actually played a third time at the World Juniors, though the 2012 tournament didn’t go well for Campbell or the Americans, who finished without a medal.

In November 2011, Campbell was traded from the OHL’s Windsor Spitfires, where he’d spent the previous two seasons, to the Sault Ste. Marie Greyhounds. The general manager of the Greyhounds at the time was none other than another hockey phenom, 25-year old Kyle Dubas.

The funny thing about most goaltending prospects is it takes quite a few years after being drafted before they get an NHL shot. While there are the rare teenagers who suit up in the NHL, it’s usually the age 22-24 range before we start seeing regular starts with the big club. Campbell played one game with Dallas in October 2013 at age 21… and that was it with the club who drafted him.

Unable to make it back to the big leagues, Dallas shipped him off unceremoniously to Los Angeles in the 2016 offseason.

Campbell had a one-period relief appearance in 2016 with LA, his first NHL action in over three full calendar years. He had a minor breakthrough in 2017-18,  finding his way into five contests for the Kings, picking up two wins and two overtime losses to support his .924 save percentage.

Last season, after nearly a decade, Campbell finally found himself as an NHL regular, appearing in 31 games. His .928 save percentage contributed to 10 wins for an LA team that finished 30th in the NHL.

This season hasn’t gone Campbell’s way to the same degree, with a .900 save percentage and an 8-10-2 record to show for it. But after an .880 October, a .907 save percentage since seems like a Vezina Trophy-worth season compared to Toronto’s Michael Hutchinson’s .887 over that same timeframe.

Getting to know Kyle Clifford

Clifford found himself in the right organization at the right time with the Los Angeles Kings.

It’s the only NHL team he’s ever known, being drafted 35th overall by LA back in 2009. Though he played just three playoff games in their 2012 Stanley Cup run, “Cliffy” was in the lineup 24 of 26 times during the 2014 playoffs as the Kings came out victorious once again.

He’s never put up more than 11 goals or 21 points in a season, which he achieved last year. But since joining the Kings in 2010-11, only Drew Doughty, Anze Kopitar, and Dustin Brown have played more games for the team than Clifford’s 660. Hockeyfights.com has Clifford involved in 80 fights over the course of his career, though that number has been dwindling in the last few seasons.

He’s put up positive possession stats (a Corsi-For percentage of over 50%) every year of his career except for his rookie year, and finished last year second in that statistic amongst Kings regulars.

And oh, yeah, Leafs GM Dubas used to be Clifford’s agent. It’s as full circle a trade as you’ll find in the NHL.

Clifford’s expiring contract definitely plays a part in his inclusion in the deal, as the Kings likely had no interest in re-signing the 29-year-old, a useful player but one who’s probably occupying a roster spot for a younger player on a rebuilding lineup. By shipping him off to a competitive team, they get to do him enough of a favour while also receiving an asset in return.

Like any trade in the NHL, there’s a factor of risk involved. But there’s a much larger risk involved if the Leafs miss the playoffs this season, and this trade takes a forward step into attempting to eliminate that possibility.