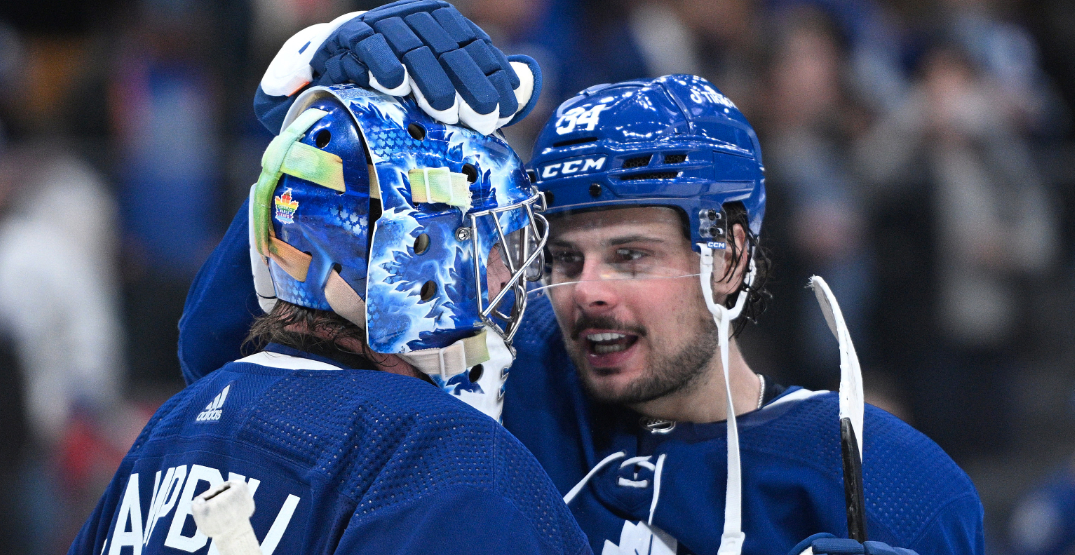 The Toronto Maple Leafs have their start date.

They just don’t know the opponent yet.

Mathematically, Toronto could still host the Boston Bruins or the two-time defending Stanley Cup Champion Tampa Bay Lightning after clinching second in the Atlantic Division with a 53-21-7 record for 113 points.

Tampa Bay is the likelier of the two opponents. The Lightning has 108 points by way of a 50-22-8 record through 80 games of the season.

However, they could still be caught by Boston, who currently holds the first wild card into the Stanley Cup Playoffs from the Eastern Conference. The Bruins have 105 points from a 50-25-5 record with two games remaining and have more regulation wins than the Lightning.

A win from Tampa Bay in either of its remaining two games would clinch third in the Atlantic and a trip to Toronto.

The Lightning can set a date against the Maple Leafs as early as Thursday night when they visit the Columbus Blue Jackets. They can also save Monday’s date if the Bruins happen to lose to the Buffalo Sabres on Thursday.

Toronto has won each of its two meetings with Boston this season, outscoring the Bruins 11-6 in the process. The Maple Leafs went 2-2-0 and were outscored 16-12 in four meetings against the defending Cup champion Lightning — including an 8-1 loss on April 21.

The Maple Leafs close out the regular season against the Bruins on Friday.