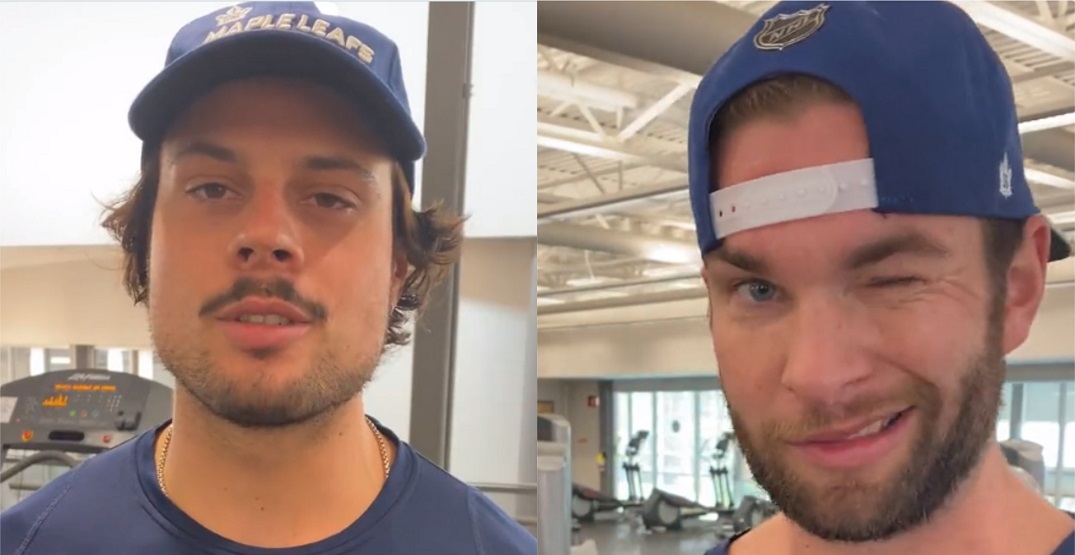 There’s a new Toronto Maple Leafs season kicking off, and with it comes a whole new set of nicknames.

Ahead of their season opener, the Leafs put out a video with each of their players describing a number of nicknames they’ve had over the years.

Some of them are well known, such as Auston Matthews’ “Papi” moniker that’s been a staple for years, while others are newer, like Ilya Mikheyev’s “cobra” tag.

And then, of course, there are the standard hockey ones based on a surname, such as the ever-creative “Derms” for Travis Dermott. Ah, well, they can’t all be winners.

Here’s the video, with the full list of nicknames down below:

No word on where Nick Ritchie was during filming, or what exactly the source of all of these nicknames are.