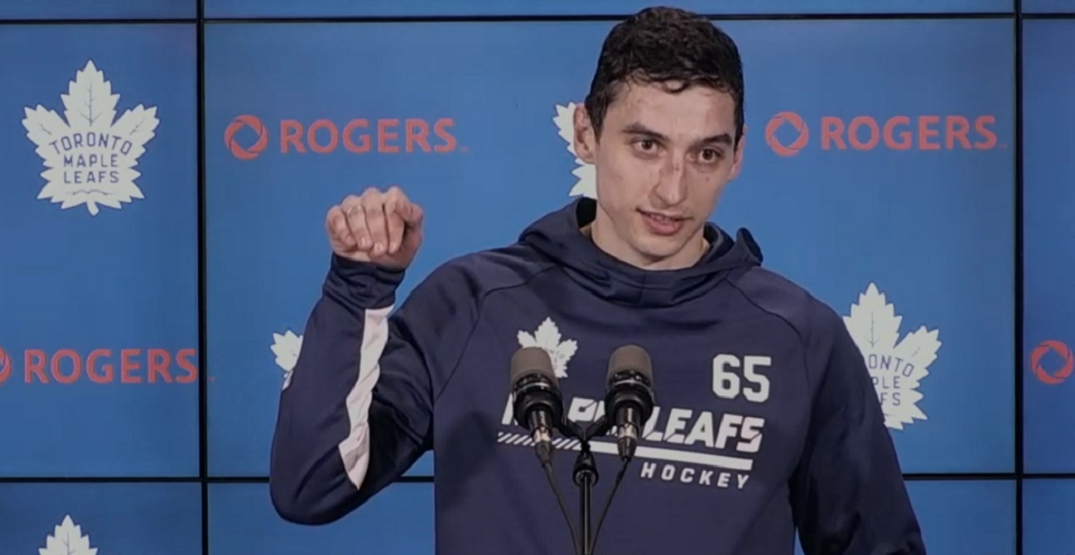 Leafs forward Ilya Mikheyev has never been without a good nickname.

In his first season in the NHL, he was being called “Soup” and “Souperman” after he shared his love for, well, soup.

The emergence of goaltender Jack Campbell taking over the “Soupy” nickname made things a little confusing, but it appears Mikheyev has a new nickname among his teammates: Cobra.

Here's the full Ilya Mikheyev clip talking about his "cobra" nickname and being afraid of snakes. pic.twitter.com/YWGg2ign4u

Mikheyev revealed that the nickname came from the way he’d hold his arm while recovering from a wrist injury suffered in late 2019, resembling cobra fangs.

Despite the jokes from his teammates, Mikheyev also revealed that he’s not the biggest fan of snakes.

But even though he’s got some fears, he’s still okay with the “Cobra” moniker.

The 2021-2022 campaign is set to be a crucial one for the 26-year-old Russian winger, who joined the Leafs as a free agent signing back in 2019. There were rumours this offseason that he’d requested a trade through agent Dan Milstein, but Mikheyev has declined to comment on the report.

Mikheyev played just 39 games in the 2019-20 season while dealing with the injury, but put up seven goals and 10 assists for a total of 17 points during 54 games played in the pandemic-shortened 2021 season. In 12 playoff games with the Leafs, he’s yet to register on the scoresheet.