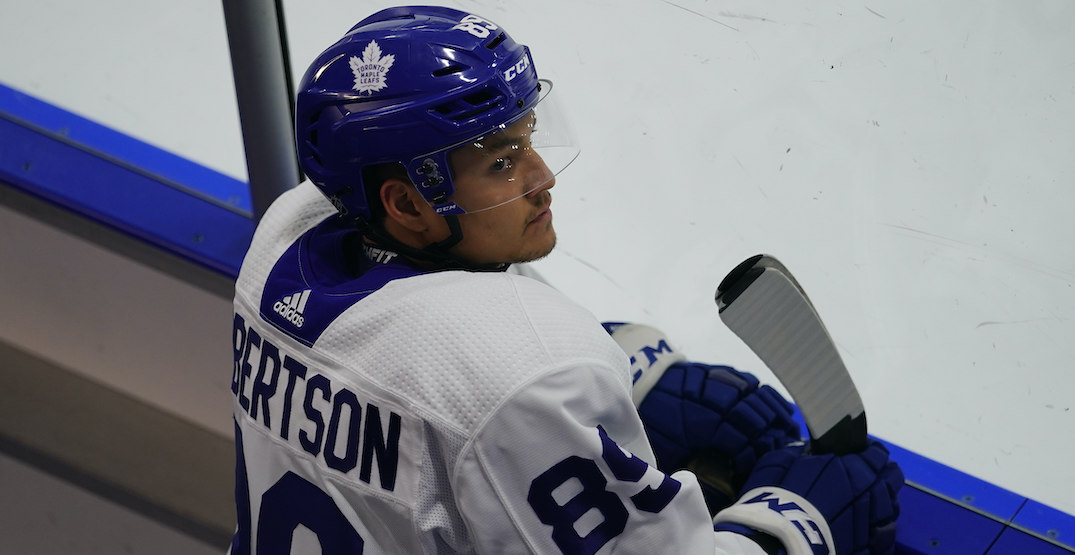 In layman’s terms, he suffered a broken leg, injuring the smaller of the two lower leg bones.

In just his second AHL game of the year on Sunday against the Manitoba Moose, Robertson got tangled up behind the net and fell to the ice after being hit by Dominic Toninato.

Robertson is expected to miss a minimum of ten weeks with the injury but will not require surgery.

It’s a tough blow for both Robertson and the Marlies. In 21 games last year, the American winger scored five goals and added 16 assists to finish fourth on the team in scoring.

Since being drafted in the second round in 2019, Robertson has played six games at the NHL level and four playoff games in the 2020 bubble against Columbus.

It seemed like a given Nick Robertson would be one of the first players called up to the Leafs this season when the opportunity presented itself. For now, it’s all about getting back to normal once the leg injury heals.

It’s been a tough start for the organization as a whole, with goalie Petr Mrazek also getting a two-week injury diagnosis in his first game with the team.

The Marlies resume their home schedule this weekend with games against Rochester and Cleveland on Saturday and Sunday.