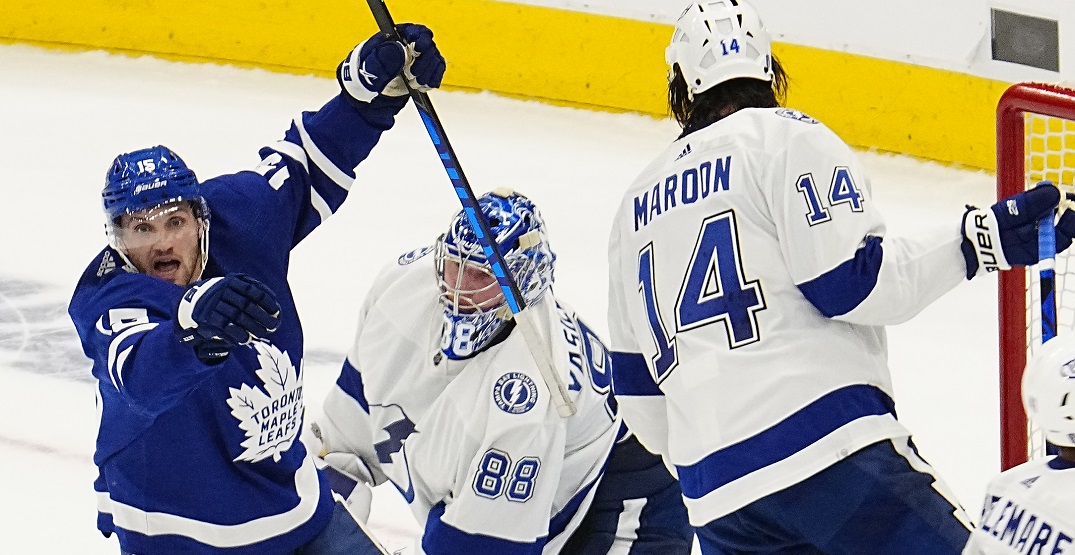 The Toronto Maple Leafs are messing around with their lines once again.

Ahead of Sunday’s Game 4 against the Tampa Bay Lightning, Leafs coach Sheldon Keefe is sticking with the Alex Kerfoot experiment on the team’s top line that he used to close out a Game 3 victory on Friday, with Michael Bunting dropping down to the fourth line.

“That line had a hard time [on Friday],” Keefe told reporters on Saturday.  “I thought it got better once we made the change.”

The Leafs are currently up 2-1 in the series after Friday’s win.

Here’s how the Leafs’ forward lines shake out, per The Athletic’s Jonas Siegel.

And here’s the defensive pairs:

As expected, Jack Campbell will start in net for the Leafs.

“[Kerfoot is] a very competitive guy. He’s very responsible. He’s very good at all areas of his game and I think that translates really well to this time of year. His details and habits are good. Those don’t change,” Keefe added when talking about his lineup changes. “We give him an opportunity to move up in the lineup after that and do a good job and it seems like whatever line he’s on he improves.”