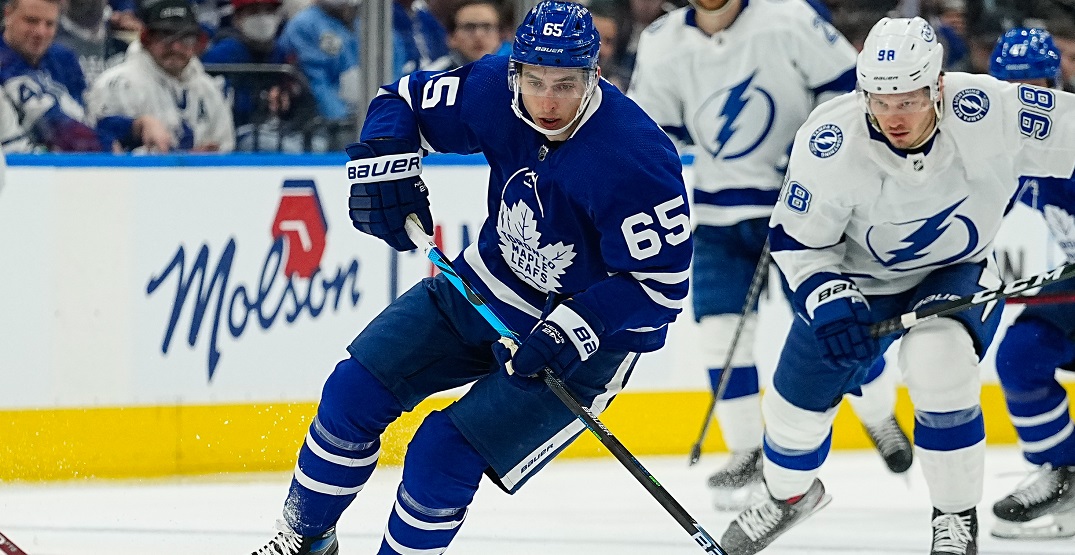 Toronto Maple Leafs forward Ilya Mikheyev is set to test the free agent waters, according to a report from NHL Network’s Kevin Weekes.

Coming off a career best season with 21 Goals in 53 Games, @MapleLeafs Mikheyev is headed to the UFA Market tomorrow , open to all offers, and will garner plenty of interest .@espn @NHL #HockeyTwitter

“Mikheyev is headed to the UFA Market tomorrow, open to all offers, and will garner plenty of interest,” Weekes tweeted.

The NHL free agency period officially kicks off at 9 am PT/noon ET. Mikheyev was ranked as the No. 12 UFA available per Daily Faceoff’s Frank Seravalli in his top-50 free agent ranking earlier this week.

Mikheyev put up career highs this past season, scoring 21 goals while adding 11 assists in 53 games for the Leafs. After three years with the team, he’s put up 36 goals and 36 assists for a total of 72 points in his 146 games after signing as a free agent out of the KHL’s Omsk Avangard in the summer of 2019.

The Leafs were looking to trade his rights as of last week but clearly found no takers.

Mikheyev was linked as a target to the Canucks earlier this month according to CHEK’s Rick Dhaliwal.

Evolving-Hockey reports Mikheyev’s contract projection comes in at a six-year deal at $5.005 million per season, as he’s projected to leave the Leafs per their model.