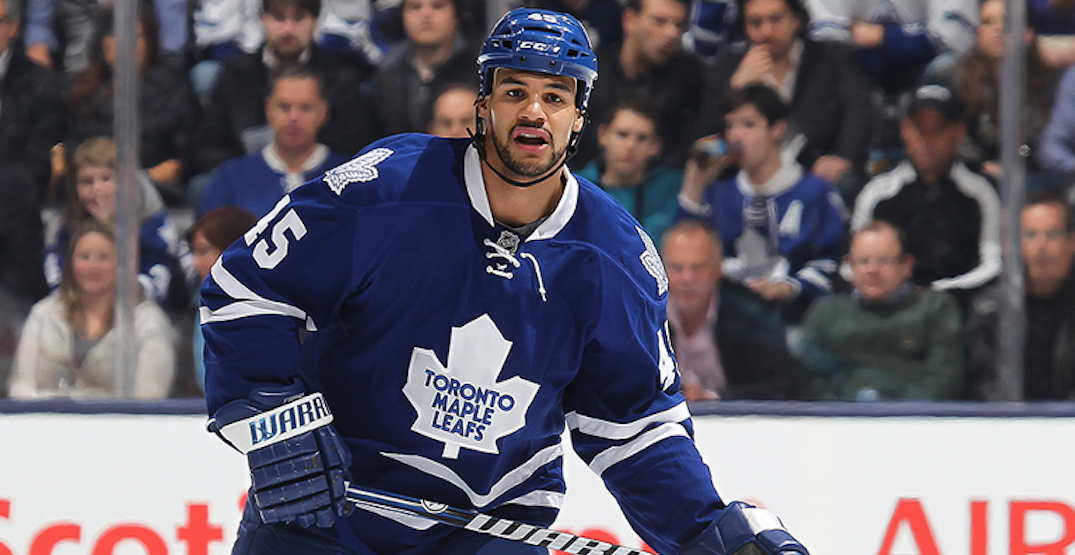 The Toronto Maple Leafs and MLSE have announced a pair of hirings in the area of “equity, diversity, and inclusion.”

Fraser will work directly with all players and staff from MLSE teams, as the EDI department looks to further educate and bring positive change within its teams and the community. Bobb and Fraser will also develop and execute their Equity, Diversity and Inclusion strategies at MLSE.

The 34-year-old Fraser spent parts of two seasons with the Leafs from 2012 to 2014. He skated in 219 career NHL regular-season games with the Maple Leafs, New Jersey Devils, and Edmonton Oilers after being drafted in the third round (84th overall) by the Devils in 2005.

“We are extremely pleased to welcome Mark back into the fold of our team to work in this very important role,” Brendan Shanahan, Toronto Maple Leafs President and Alternate Governor, said. “Mark will work hand in hand with our players and within our organization and community to help make hockey a more inclusive and welcoming place for all.”

“I’m excited to welcome Mark and Justin into these new roles,” MLSE’s Senior Vice-President of Equity, Diversity and Inclusion, Teri Dennis-Davies, said. “As a former professional athlete, Mark has an influential voice within our teams’ dressing rooms and first-hand experience he can share within our organization and the community in the areas of equity, diversity and inclusion.”