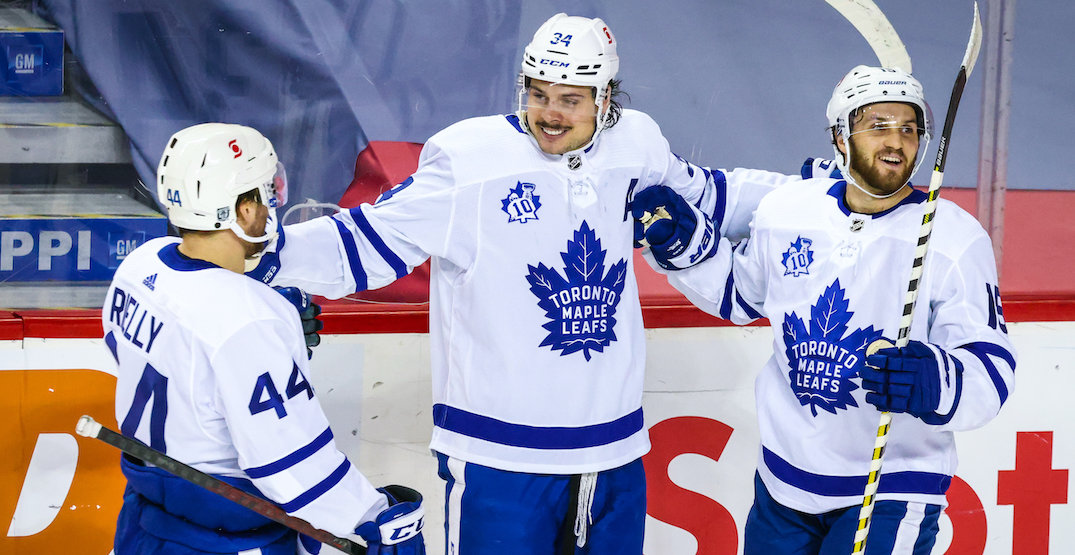 Auston Matthews has been given the NHL’s top weekly honour, being named “First Star of the Week.”

Matthews continued his torrid scoring pace this week, adding seven goals and 12 points in four games in the last week. The 23-year-old scored four points in consecutive games, becoming the first Leafs player to do that in 34 years.

Matthews now leads the NHL in goals with 18 — six more than his closest rival — and has points in each of his last 16 appearances.