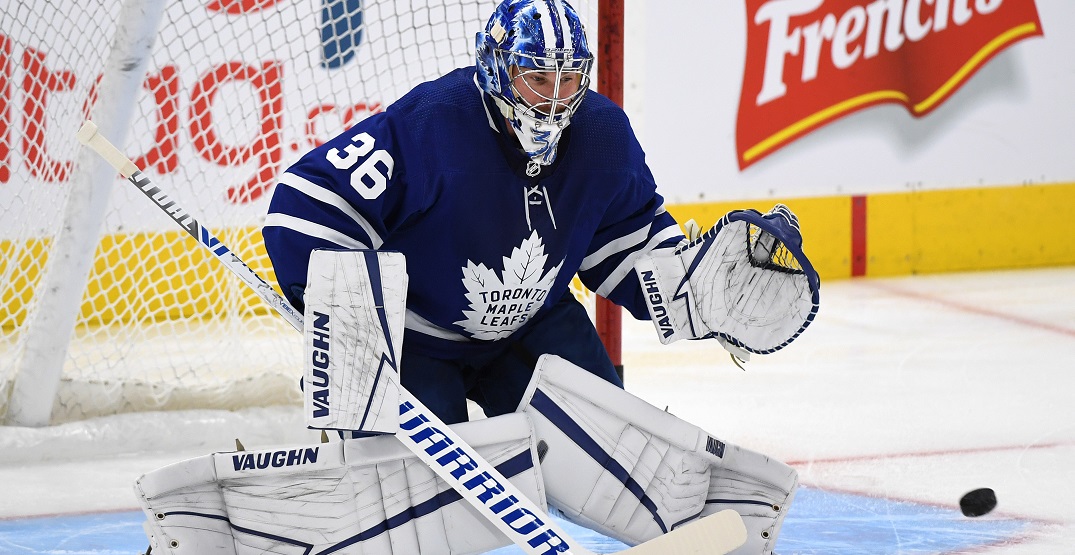 Toronto Maple Leafs goalie Jack Campbell was feeling the love from his fans on Saturday night.

In a 3-1 win over the Ottawa Senators, Campbell made 20 saves in front of the Scotiabank Arena crowd.

And after many of those big stops, the crowd was chanting “SOOOUP” as a homage to Campbell’s many soup-related nicknames.

Campbell and the rest of the Leafs recapped in a video put out prior to the season all the nicknames they’d been given over the years by their teammates. Campbell revealed he’s most often been called “Soup, Soupy, Soups, and Soup Dogg”.

“I did hear it,” Campbell said of the chants on Saturday night. “I really appreciate it. So thanks, guys.”

In total, Campbell’s stopped 61 of 63 shots faced this season and carries a 2-0 record.

Joining the team in February 2020, he’d played just two regular games with a crowd for the Leafs at Scotiabank Arena prior to this season due to the COVID-19 pandemic.

He’s played in all three games so far this season, being forced into Thursday’s loss in relief of Petr Mrazek, who suffered a groin injury in his first game as a Leaf. With Mrazek out for at least two weeks, Campbell is likely to start at least four of the Leafs’ next six games.

Campbell said it was the first time he’d heard the “Soup” chant.