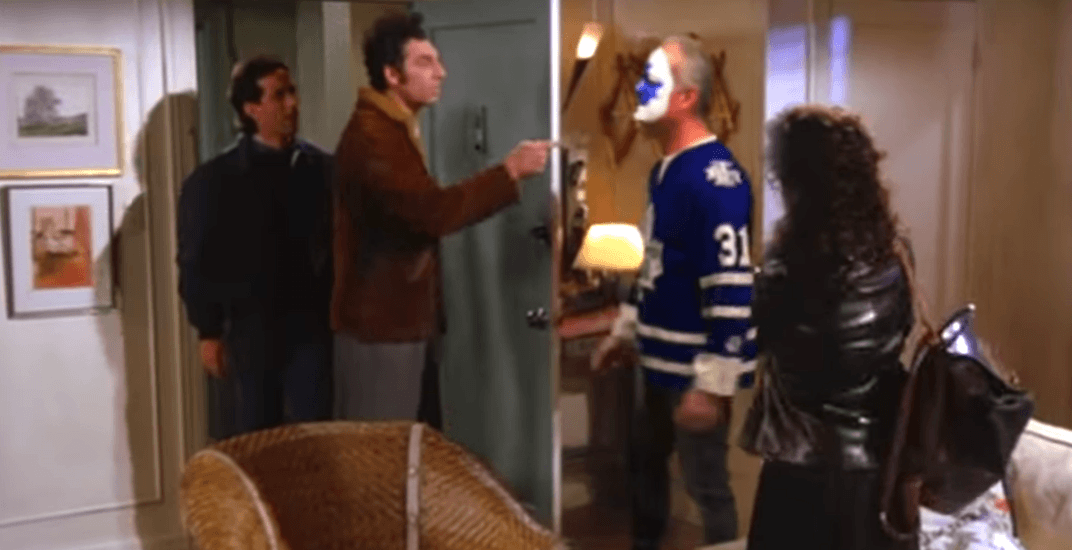 A Toronto Maple Leafs fan with a talent for digital effects has recreated a famous hockey-themed scene from Seinfeld.

Playing the role of David Puddy, the fan digitally inserted himself into a 1995 Seinfeld episode, known as “The Face Painter.” He answered the question nobody was asking: what if Puddy was a Leafs fan?

Replacing actor Patrick Warburton, instead of a Martin Brodeur jersey and New Jersey Devils face paint, the fan appears with a Curtis Joseph Maple Leafs jersey and a blue and white painted face.

“I’m a huge Maple Leafs and Seinfeld fan so I thought it would be cool to mash them together in this classic scene,” the fan said on the Nardone Films YouTube channel. “I filmed myself using various green screening and masking techniques and composited it all in Adobe After Effects.”

The results were flawless. Watch the full video on YouTube here.

Warburton has donned Devils face paint recently, firing up the crowd in New Jersey during the playoffs last year:

He was also on hand for 90’s night in February: