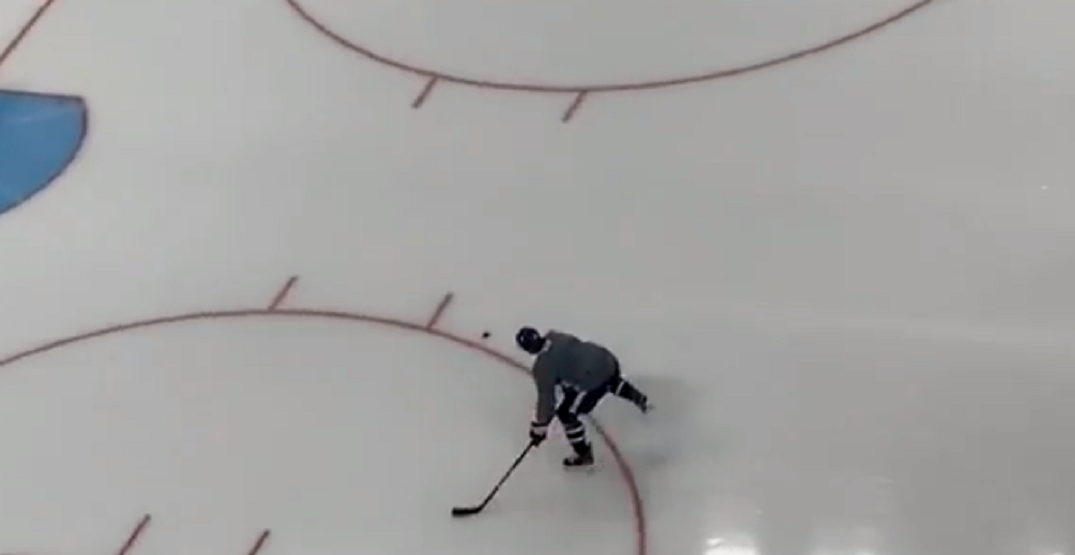 No one could ever say Toronto Maple Leafs captain John Tavares isn’t dedicated to his craft.

A week to the day after suffering a brutal concussion in Game 1 against the Montreal Canadiens, Tavares skated by himself for “about 18 minutes” at the Leafs’ practice facility on Thursday morning, per Sportsnet’s Chris Johnston.

John Tavares is off the ice after about 18 minutes. He went through a light skate and some skills work.

The move followed Tavares visiting the Leafs’ practice facility yesterday, likely for some medical tests and to see how his brain would react to the sights and sounds of a hockey arena.

There is next to zero chance Tavares plays for Toronto against Montreal, however long the series lasts. Game 5 of the best-of-seven goes tonight, with Toronto holding a 3-1 series lead.

Two weeks is the standard minimum for returning to game play after a concussion. Here’s to hoping Tavares and the Leafs’ medical staff are taking all the precautions to ensure #91 will only suit up if he’s 100% healthy.