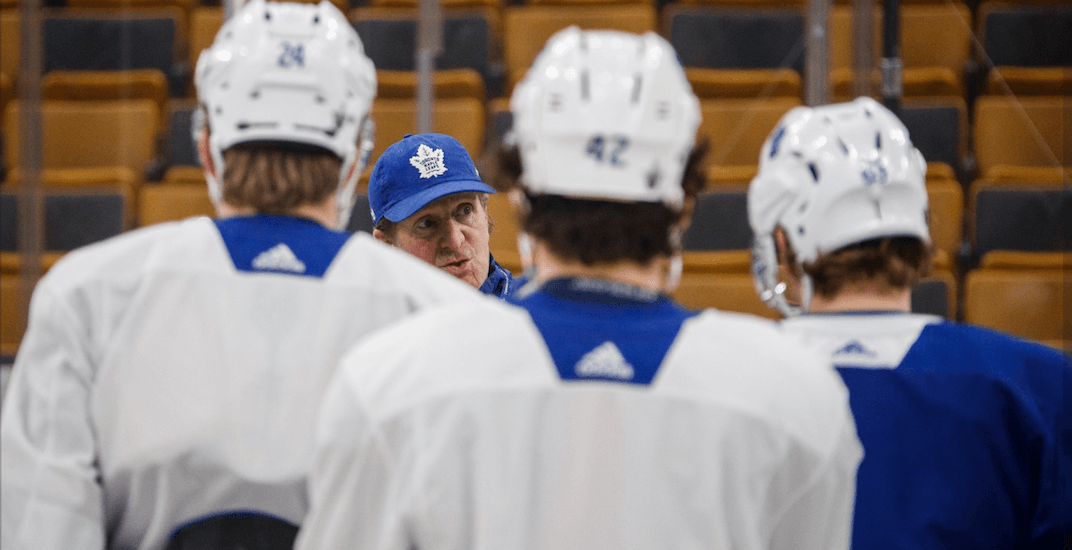 It’s not hard to hype up a Game 7. It sells itself.

But for the Toronto Maple Leafs tonight in Boston, it means just a little bit more.

Facing the Bruins in Game 7 for the second consecutive season and the third time in six years, another loss would be tough to stomach.

But it’s even bigger than that.

The 2013 Leafs were just happy to make it back to the playoffs. Last year’s team, though hopeful, was still a young group gaining experience.

But this season is different. Auston Matthews, Mitch Marner, and William Nylander are in their third full seasons in the league. Frederik Andersen is playing well. They have John Tavares and gave up a first-round pick to get Jake Muzzin.

This team has enough experience and talent to pull it off.

Tonight’s game is the most important game to be played by the Leafs since Game 7 of the Conference Final in 1993. Up against Wayne Gretzky and the Los Angeles Kings, the Leafs — led by Doug Gilmour, Wendel Clark, and Dave Andreychuk — were favoured to win. One more win would have put them in the Stanley Cup Final against the Montreal Canadiens, who were not a juggernaut team.

Not since then have the Leafs had a chance as good as tonight.

Although this is still just the first round, due to the current playoff format, this is probably the toughest test the Leafs will have to face in these playoffs.

That’s not to suggest the rest of the Stanley Cup playoffs will be a cakewalk if the Leafs get past Boston, but a very winnable path has materialized.

With so many first-round upsets, the Leafs would have to go through Columbus instead of Tampa Bay, followed by a Conference Final against the Islanders or Hurricanes instead of the Capitals.

The winner of the Vegas-San Jose series will be favoured to come out of the West, but those are beatable teams. And if the Blues, Stars, or Avalanche made it to the Final instead, Toronto would be the favourites to win.

Winning the Stanley Cup isn’t easy, but you will be hard pressed to see a better draw for the Leafs in future years. When you also consider the impending salary cap crunch that will affect the team, their time is right now.

Both the Leafs and Bruins aren’t expected to make any lineup changes for Game 7. Here’s how Toronto lined up at this morning’s game-day skate:

No changes mean that David Backes and Chris Wagner will once again be healthy scratches for the Bruins.

No lineup changes for the Bruins in Game 7, as Bruce Cassidy said he was inclined to do after the big Game 6 win in Toronto. So David Backes and Chris Wagner will again be the scratches

After being outplayed by the Bruins last game, Leafs head coach Mike Babcock spoke about the opportunity — rather than the stress — of Game 7.

“The bottom line is we’ve got to be better [in Game 7] and it’s an opportunity for our hockey club. We’re looking forward to it,” Babcock said, at practice on Monday.

“When I was walking around Yorkville, I hear from people. They were great to me [Sunday] night, ‘Let’s go get ’em in Boston.’ Everybody, our team included and our fans, wanted to win. Our fans — I live in the city, I walk around, they’re pretty pumped up, and want us to be successful. We want to be successful for them.

“The game is going to be played on the ice, we have to execute.”