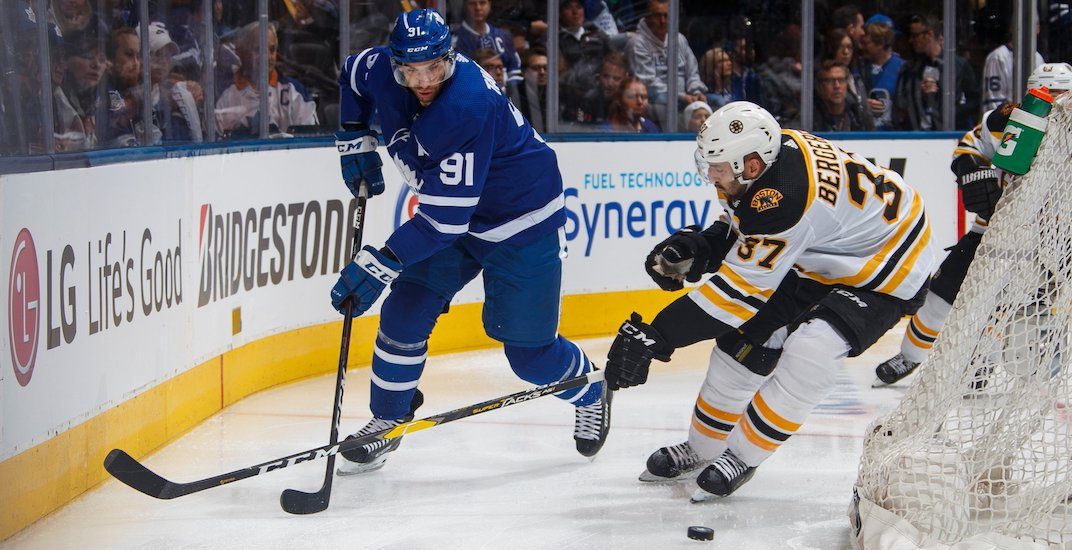 For the second year in a row – and the third time in seven years – the Toronto Maple Leafs and the Boston Bruins are headed to Game 7.

The Bruins managed to fend off a third period surge from the Leafs in order to win Game 6 by a score of 4-2, tying the series once again.

Brad Marchand led the way for the Bruins with two goals and one assist, but it was Jake DeBrusk who notched the game-winning goal in the second period.

Give, go and goal. Simple, but effective and always great to see. #StanleyCup

The Leafs were able to pull within one early in the third when Auston Matthews scored his fifth goal of the series off a wicked shot.

The sound and the shot, both lovely from @AM34. #StanleyCup

That would be as close as they would come, however, as the Bruins added an empty-netter to secure the win.

It could have been uglier for the Leafs if it wasn’t for the stellar play of goaltender Frederik Andersen. The Leafs were outshot 40-24 and Andersen came up big on more than one occasion to keep things close.

With yet another do-or-die elimination game against the Bruins, the playoff demons that have haunted Leaf fans for the past decade are fresh on the mind. The Leafs haven’t won a playoff series since 2004 and their difficulties on the road extend back much further.

For anyone keeping track, the last time Toronto won a Game 7 in Boston was 60 years ago. In this series, however, the visitors have won four of the six contests.

Regardless of the end result, it seems almost certain that whenever these two teams meet in the playoffs, it will go to seven games.

The Maple Leafs are the last Canadian team left standing and the final hope of ending the country’s 26-year Stanley Cup drought.

Game 7 is set to go on Tuesday with the winner moving on to play the Columbus Blue Jackets in the second round.