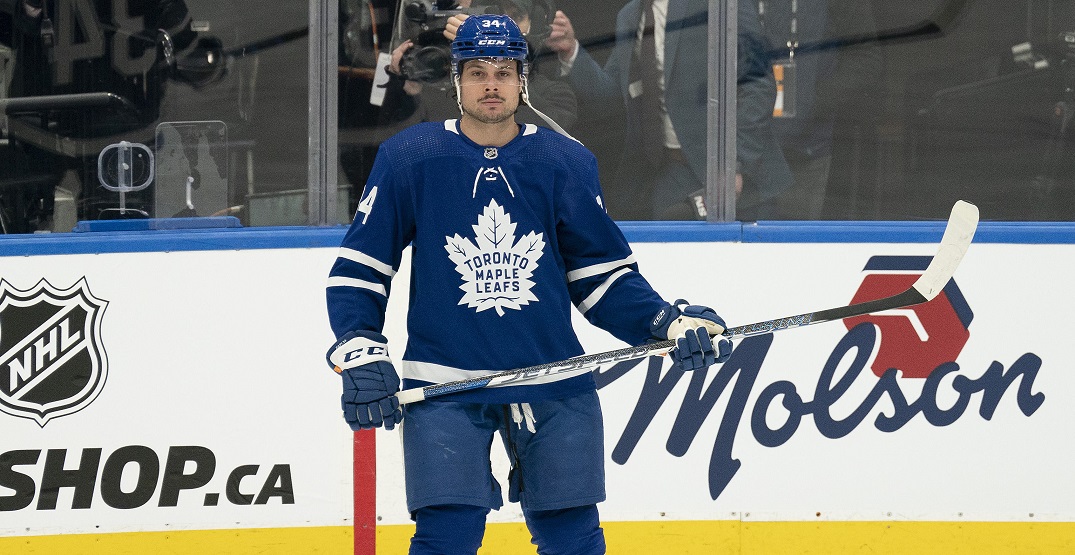 Auston Matthews tested positive for COVID-19 earlier this week but is set to rejoin the Maple Leafs tonight.

Matthews and assistant coach Dean Chynoweth were removed from the team on Monday following a pair of rapid positive tests.

Both Matthews and Chynoweth were reported as asymptomatic, which Matthews confirmed to the media on Wednesday after testing negative for COVID-19 on a PCR test.

“There have been some instances where those rapid positives have been false,” Leafs coach Sheldon Keefe said on Monday.

Matthews was held out of practice on Tuesday but returned to the ice on Wednesday.

“It’s two weeks in a row I’ve had a false positive,” Matthews said. “It’s no fun sitting at home by yourself. I feel grateful just to be back and playing hockey.”

Matthews had previously tested positive in the summer of 2020, prior to the NHL’s “bubble” playoffs.

Matthews currently leads the Leafs in scoring with 20 goals and 13 assists in 28 games.

In seven games in December, Matthews put up 10 goals and four assists en route to being named the NHL’s first star of the month.

After an absence of over two weeks due to multiple games being postponed, the Leafs returned to playing on Saturday night with a 6-0 win over the Ottawa Senators.

Up tonight for the Leafs are the free-falling Edmonton Oilers, who have won just two of their last 12 games after starting off the season 16-5-0. Puck drop is set for 7 pm tonight behind closed doors at Scotiabank Arena, with three Oilers, including Connor McDavid, missing the game due to being in COVID-19 protocol.