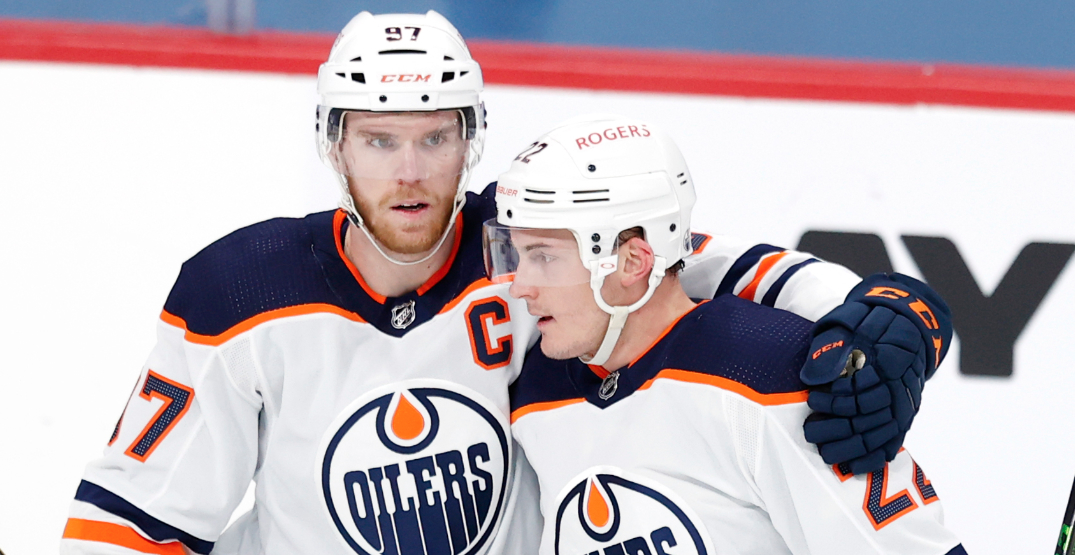 Connor McDavid is one of three Edmonton Oilers placed in COVID-19 protocol. He will miss tonight’s game against the Toronto Maple Leafs.

🔸McDavid, Ryan & Barrie have been placed in COVID protocol

McDavid was held out of practice Tuesday for precautionary reasons, after playing 18:59 in a 4-1 loss against the New York Rangers on Monday.

Defenceman Tyson Barrie and centre Derek Ryan were also placed in COVID protocol on Wednesday. Both played against the Rangers.

Barrie is second in team scoring among defencemen with 17 points (three goals, 14 assists) in 33 games. He is fifth-most active blueliner with 19:39 of ice time per game.

Ryan has two points, both goals, in 30 games.