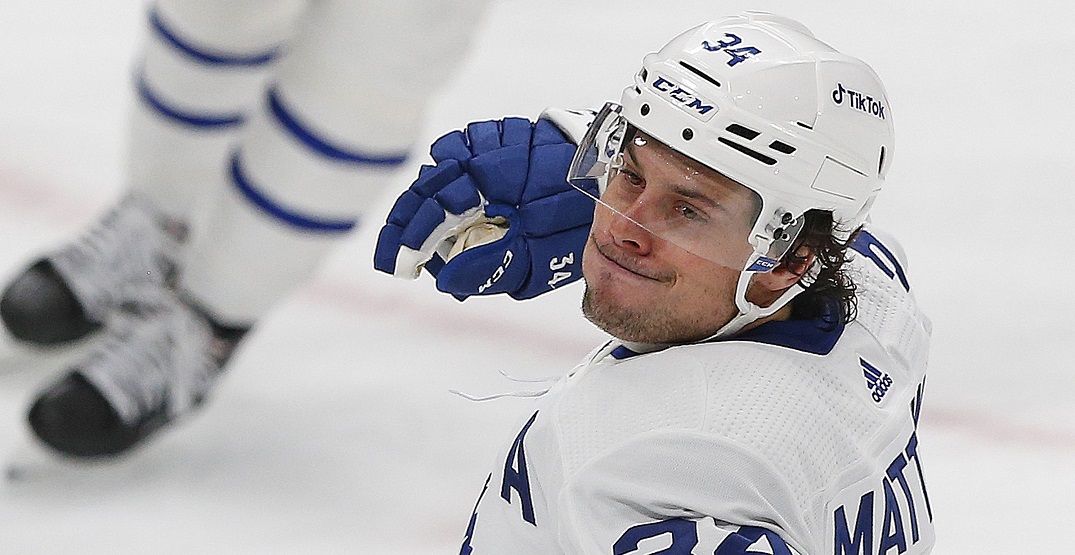 On Sunday, the NHL named Toronto Maple Leafs forward Auston Matthews the league’s top player of the month for December after his latest goal-scoring outburst.

December wasn’t the greatest month for the NHL, but Matthews made the most of it, picking up the league’s first star award.

In just seven games, Matthews put up 10 goals and four assists for a total of 14 points.

Matthews started off the month with a hat trick against the Colorado Avalanche, while also putting up two-goal performances against Columbus and Edmonton. He scored in six of his games in the month.

Dating back to November, Matthews actually had a 10-game point streak going that was snapped last night in Toronto’s 6-0 victory over the Ottawa Senators.

The Leafs put up a 4-2-1 record over the month, with all of their games from December 14 onwards being postponed due to COVID-19 cases across the NHL. Ninety games have now been postponed.

It’s the third time in his career that Matthews has been named as the NHL’s top player of the month, having won the award twice last season in February and April. The format was a little different last year, though, with the league opting for four divisional top player awards in place of the typical “three stars” setup.

Matthews is the second Leaf to make the three stars list this season, following Jack Campbell, who finished second in November.

Pacioretty currently leads the Pacific Division with 10 goals and six assists in 12 games. Meanwhile, a hot month from Demko included a 7-1-0 run with a 1.72 goals-against average and .946 save percentage, invigorated by the hiring of new coach Bruce Boudreau.