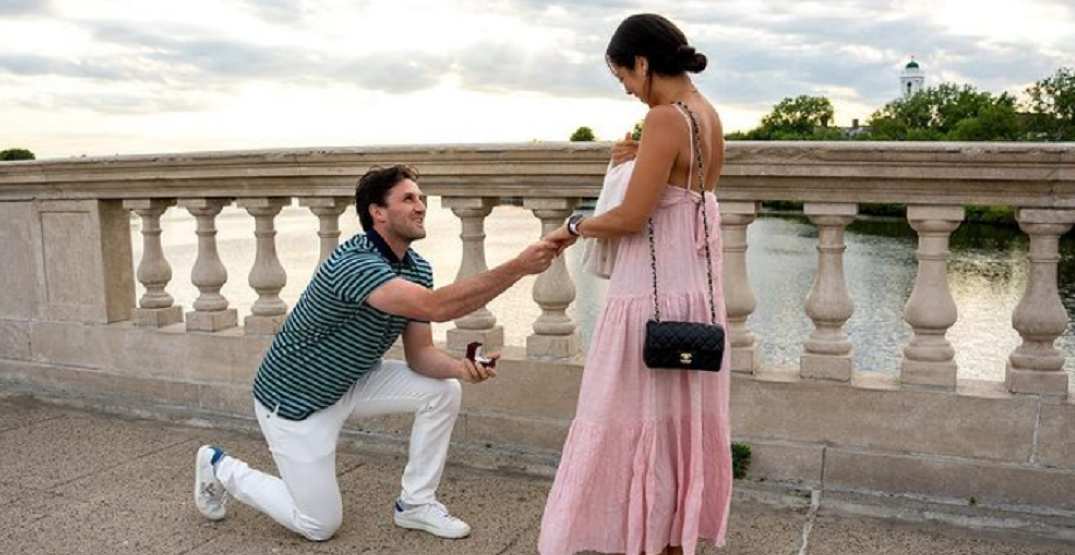 Though the season may not have ended the way he would’ve liked, Toronto Maple Leafs forward Alexander Kerfoot will still be getting a ring this summer after all.

Kerfoot announced this week his engagement to longtime partner Marissa Balleza, sharing his proposal on Instagram.

Kerfoot’s teammates were quick with the congratulations.

“FOOOTTTER! Let’s goooo, congrats my dog! Much love to both of you,” Mitch Marner wrote.

Pierre Engvall and David Kampf both offered up a simple “Congrats” as well.

Kerfoot and Balleza both attended Harvard University together, each graduating in 2017.

Kerfoot played on the men’s hockey team, while Balleza played field hockey. Balleza set the school’s all-time record for career goals and points while competing for the Crimson.

“No one I’d rather do life with than you,” Kerfoot wrote in the caption. “Here’s to forever babe!”

Kerfoot joined the Leafs from the Colorado Avalanche in 2019 (along with Tyson Barrie) in a blockbuster trade deal for forward Nazem Kadri. He hit a career high in points this past season, scoring 13 goals while adding 38 assists to total 51 points.

And ever the romantic, it seemed like Kerfoot picked a special day to offer up the proposal.

“27th birthday is gonna be a hard one to beat! Can’t wait for forever with you,” Balleza wrote.