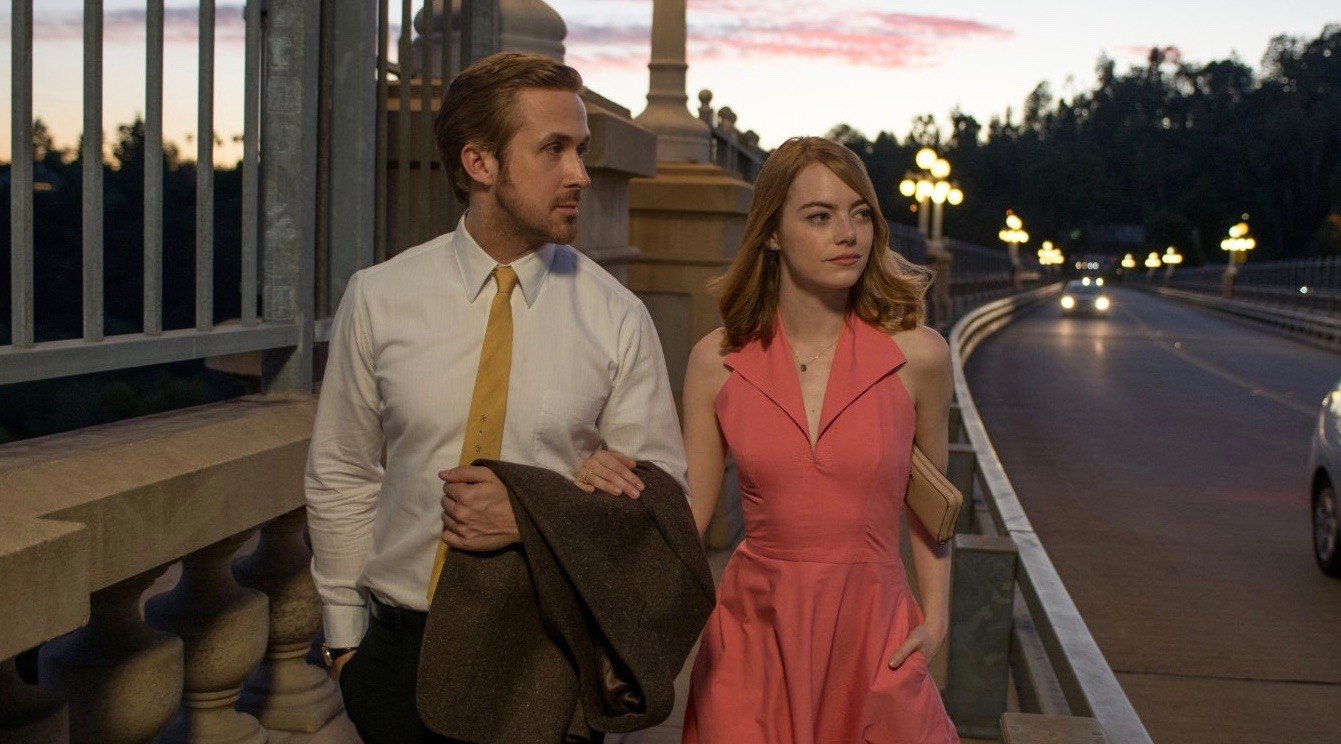 This weekend, La La Land will try to make history by winning the most Oscars ever, surpassing Titanic, Lord of the Rings: The Return of the King and Ben-Hur in the process.

The chances are pretty good considering the film has been sweeping up at almost every award ceremony and won TIFF’s coveted People’s Choice Award back in September.

The romantic musical follows musician Sebastian (Ryan Gosling) and aspiring actress Mia (Emma Stone) as they fall in love and try to make their dreams come true in Los Angeles. Mia and Sebastian’s love story is a classic fairy tale every hopeless romantic wishes would happen to them. It is filled with singing, dancing and dreamy backdrops.

Luckily, you don’t need to travel over 4,000 km to have a La La Land date. (But if you want to, here’s how.) Toronto has some perfect spots where you can recreate those romantic moments.

Enjoy our City of Stars…

This was the scene of Mia and Sebastian’s first musical number together. The moment takes place at Griffith Park, famous for its city views and sunsets. Our version would be Riverdale Park East and a quick Instagram search confirms this as there are numerous photos of the setting sun over the Toronto skyline.

The Reservoir Lounge as Lighthouse Café

While there are many jazz clubs in the city, The Reservoir Lounge on Wellington Street comes to mind first. There is something about its small and almost hidden awning-draped entrance and the fact you have to go downstairs that gives it that secluded jazz feel Sebastian adored.

The Royal Cinema as Rialto Theatre

While their date at the Rialto Theatre was cut short, it was an integral moment. Toronto still has old-school theatres like the Kingsway Theatre and Fox Theatre, but The Royal Cinema and its Art Moderne architecture make it the perfect venue for your La La Land movie date. They even play retro films on occasion.

The David Dunlop Observatory in Richmond Hill is architecturally the closest thing to the Griffith Observatory, where Sebastian and Mia danced among the stars. While the venue is closed for the winter, Sebastian and Mia didn’t go on this date until spring. However, if you can’t wait then visit the York University Observatory.

Appearing for the briefest of seconds, Mia and Sebastian have a meal at Sarita’s located in Grand Central Market. Just because this scene was quick doesn’t mean your date at St. Lawrence Market should be. Try out the samples and maybe grab a bite from Buster’s Sea Cove or Carousel Bakery.

While Mia was not in this scene, Hermosa Pier is where Sebastian had his City of Stars moment after seeing her. To recreate this scene, hop on a ferry and head over to the Centre Island Pier.

A post shared by McCormick Prescott Photography (@mccormickprescott) on May 27, 2016 at 6:17am PDT

Toronto traffic is frustrating. However, the next time you’re sitting in your car waiting to move, think about this: you’re next big love story could be courtesy of the distracted person in front of you who isn’t moving with traffic or the person you just flipped off. Also can you imagine a full choreographed dance sequence with smiling people on the Gardiner Expressway? I can’t. But I want to.

So grab those tap shoes and warm up those vocal chords! You have a La La Land date to go on.