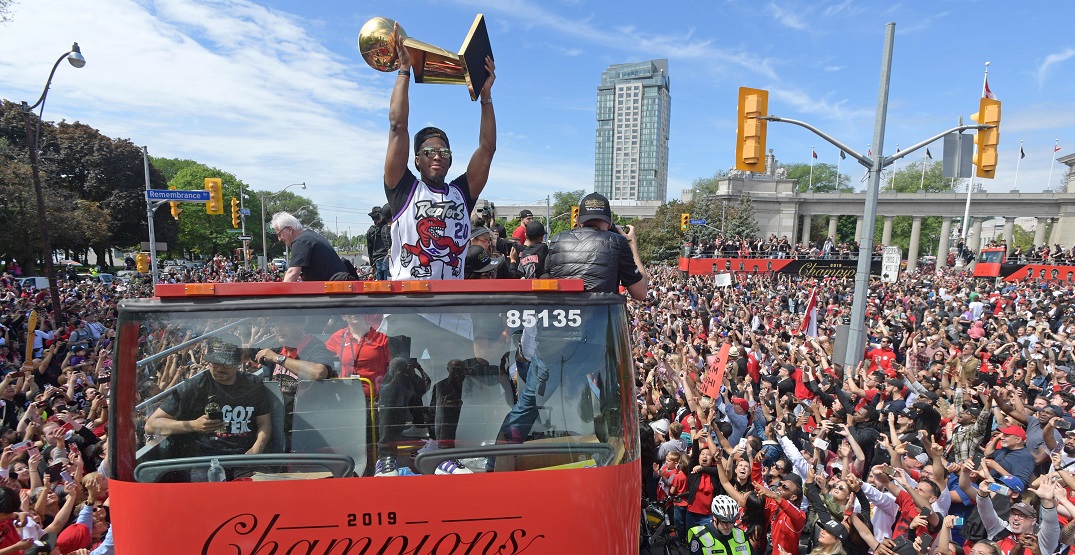 According to the Toronto Star’s Dave Rider, the former Toronto Raptors point guard will be getting a new street named after him in the Don Mills Crossing area, along with seven other recipients.

“The new street names honour individuals who have lived in the community and made significant contributions through their life’s work — and one non-resident who gained Toronto’s admiration and respect for his role in winning a major league championship for the city,” the release Rider posted stated, referencing Lowry’s 2019 title with the Raptors.

The street will officially be unveiled on Monday, June 13.

Lowry averaged 17.5 points, 7.1 assists, and 4.9 rebounds in 601 games for the Raptors in his career, where he spent nine seasons and made six NBA All-Star games before leaving for the Miami Heat in a sign-and-trade deal last summer.

It’s not the first time Lowry has received official recognition from the city.

Mayor John Tory actually proclaimed April 3 “Kyle Lowry Day” in Toronto, on the date of Lowry’s first game back as a member of the Miami Heat.