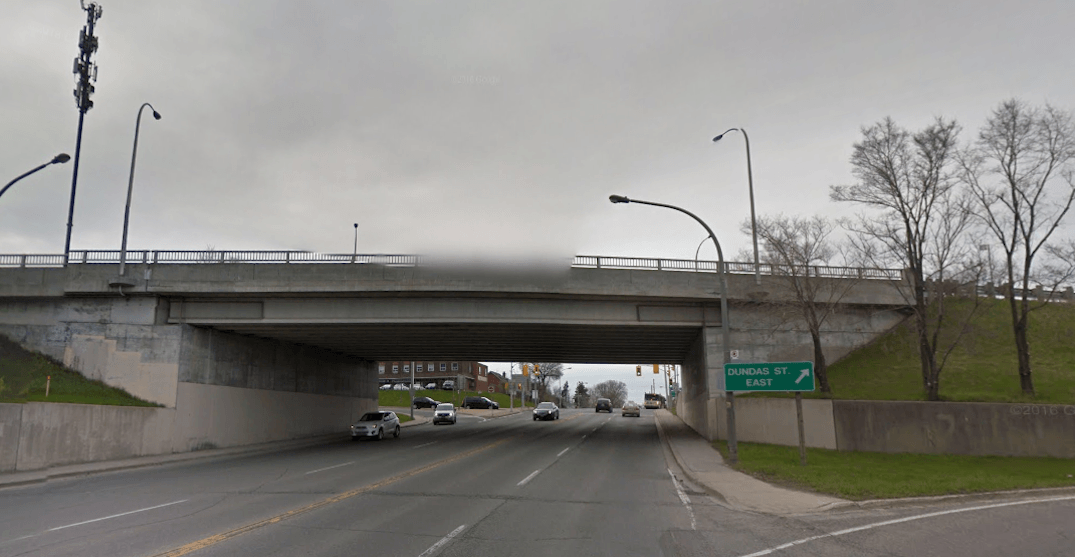 Commuters along Kipling Avenue will have to find alternate routes between Dundas Street West and Bloor Street West soon.

According to the City of Toronto, the full closure of Kipling Avenue between Dundas Street West and Bloor Street is needed to remove two bridges.

Kipling will be fully closed in that area from 7 pm on Friday, March 8 to 5 am on Tuesday, March 12.

This closure is required to safely remove the bridges as part of the city’s work to transform the Six Points interchange from a highway-like junction to a community-centric area that will feature pedestrian-friendly intersections, boulevards, trees and bike lanes.

Signs will be posted to manage traffic in the area and to help ensure the safe travel of drivers, pedestrians and cyclists. 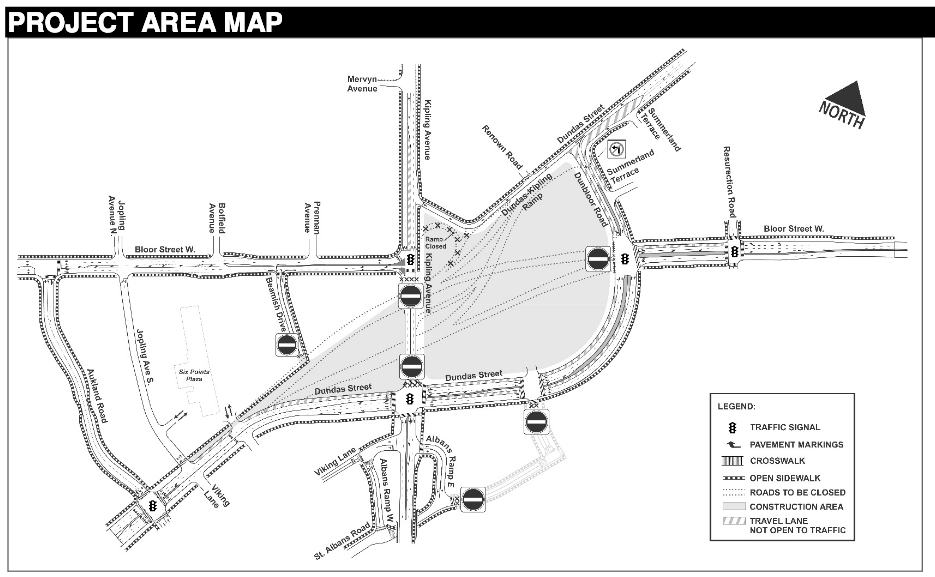 This work will take place 24-hours a day to complete the bridge removal as quickly as possible, and to minimize traffic disruption and congestion, according to the city.

During construction, road users should expect delays and increased traffic on nearby streets. The overnight work will also involve loud noise, such as concrete saw-cutting, concrete grinding and removal, and beeping from reversing trucks.

A number of TTC and MiWay routes that travel along Kipling Avenue will also be affected by this work.

The transformation of this area, known locally as spaghetti junction, supports the development of Etobicoke Centre as a vibrant mixed-use transit-oriented community with a new street network, cycling facilities and improved pedestrian connections.