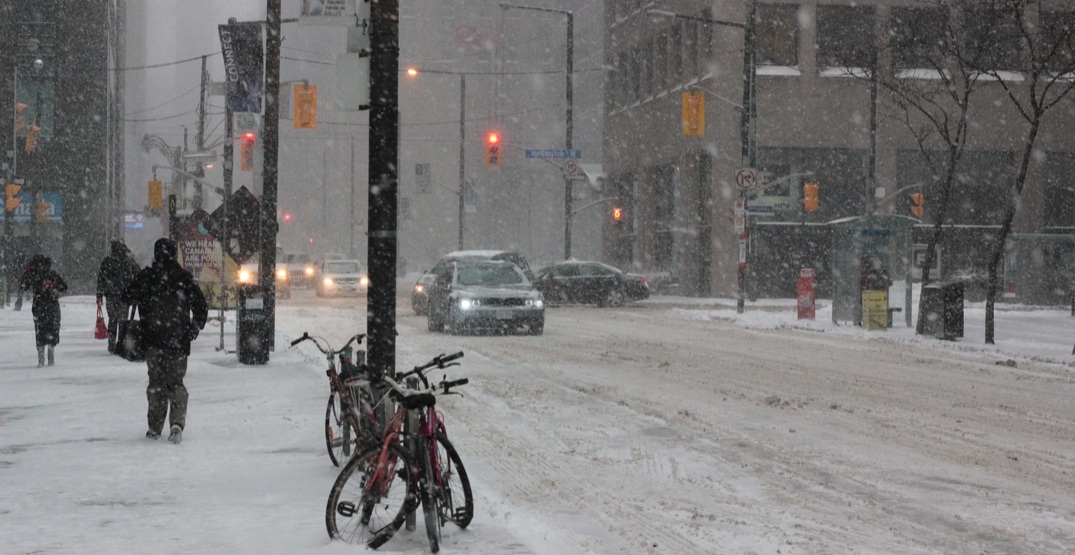 Following Wednesday’s record-breaking snowfall, many of Toronto’s streets and sidewalks remain clogged with snow and ice, despite the city’s attempt at keeping them clear.

But this isn’t surprising, as the public has grown increasingly frustrated about snow removal in the city this winter.

Earlier this month, Toronto’s Ombudsman said she is aware of the public’s growing concern, adding “we have heard many stories of people reporting that sidewalks, roads, bike lanes or public paths have not been cleared of snow and ice in a timely way. People have also said that calls to the city to complain sometimes yield delayed responses or no response.”

If you feel like the snow removal program has been worse this year, you’re definitely not alone.

According to a new Forum Research Poll that sampled 1,077 Torontonians over the age of 18, over a third of respondents (37%) say snow removal has been worse this year compared to previous years.

When it comes to how snow is cleared from sidewalks, just over half (55%) of respondents said they are not satisfied, with just under a third (29%) saying they aren’t satisfied at all.

A majority of Torontonians (56%) want to see snow cleared from all sidewalks throughout the city, while only 16% want to see the snow removal program remain as is. Additionally, 49% of residents say they would like to see the city also clear the end of all residential driveways.

Moreover, the city doesn’t start plowing major city roads until 5 cm of snow has fallen, and 54% of Torontonians say the city should start plowing before this.

Earlier this month, Councillor Josh Matlow said that he believes the city can do a better job at clearing snow.

“I don’t accept this shouldn’t be a basic service a Canadian city provides,” he said, in a Tweet.

I believe Toronto can do a better job at clearing snow. I’m requesting higher standards for road snow clearing- including sidewalks in every neighborhood to make our city more safe & accessible for all. I don’t accept this shouldn’t be a basic service a Canadian city provides.

The findings of the study came from an interactive voice response telephone survey conducted between February 21 to 22 and considered accurate to plus or minus three percentage points 19 times out of 20.