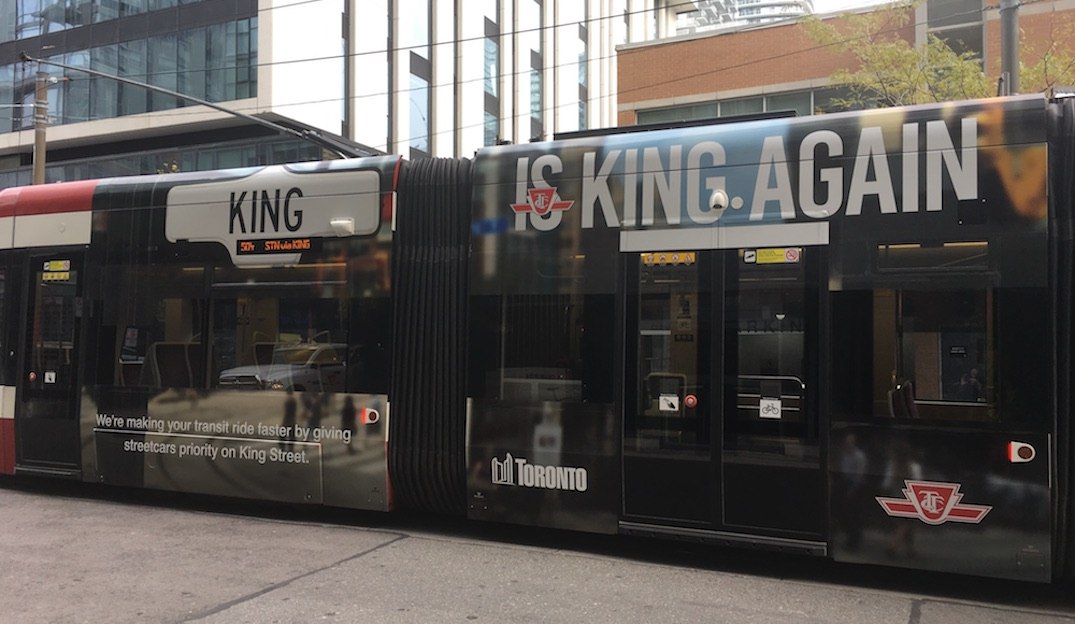 The City and transit project will change the way cars travel on King Street between Bathurst and Jarvis. The project gives priority to people and transit first, by improving transit reliability, speed, and capacity.

At the launch of the project on Thursday, the TTC said that for the route will have dedicated supervisors and customer service ambassadors to help people through the popular downtown street.

“If you’re like me and you take the TTC in the morning, you know it’s going to be a struggle,” said Coun. Mike Layton. “You know there’s going to be line ups, you know there may be delays. But for those living off of King Street, that struggle is magnified tenfold. We have to do something about that.”

And the street has began its transformation ahead of the launch.

The City of Toronto began painting new pavement markings along King, and more road work is scheduled to continue over the next few days.

As the City continues to make changes on King, it’s advising road users to navigate the street with caution.

The schedule of work prior to the launch includes the following:

• Curbside sign installation began November 6
• Pavement marking installation (painting of turn arrows and lines on the street) began November 8
• New transit shelters in select locations will be installed November 9 and 10
• New streetcar stop elements (concrete barriers, planters, tactile strips and ramps) installation will begin November 10
• On-street parking on King Street will be removed on November 10
• New signal timings will be activated November 11
• Transit stops at the far side of the intersection (at all but two stops – Portland and Bathurst on the north side) begin operations November 12.

😍 New road markings as part of #KingStreetPilot! Looking forward to better public transit, pedestrian, and cyclist throughfare along King. Also the streetcar stop will be on the other side, so no more streetcar stop announcements coming through the walls… pic.twitter.com/sZTFIsDQot

Layton said the City needs to try something new and innovative, and that’s the King Street Pilot.

“Just like the city grew up around us, we need to grow up as a city and figure out ways to move people around more effectively,” Layton said. “Transit will be king on King again.” 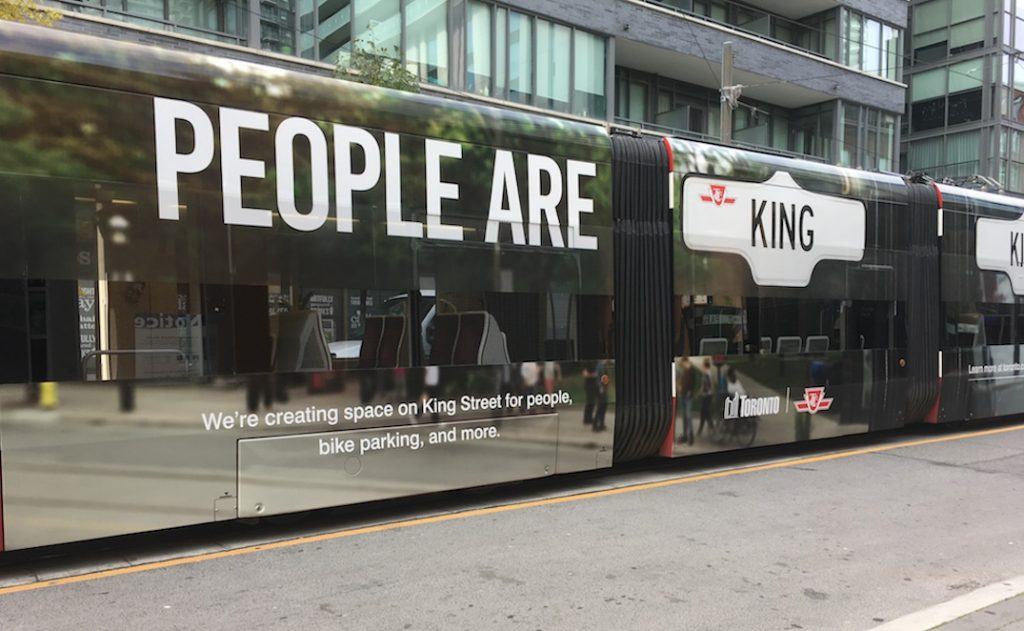