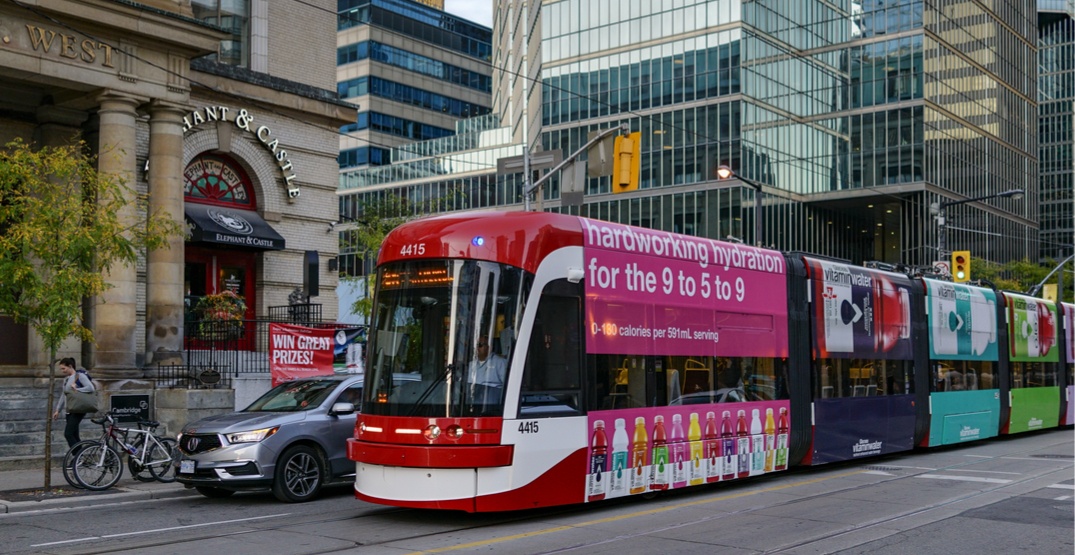 As the King Street Transit Pilot enters its ninth month, the City of Toronto has released its latest data showing an 11% increase in all-day ridership along the corridor.

The largest change is during weekday ridership, which is up 35% in the morning, and 27% in the evening.

The pilot, a transit-priority project on King Street from Bathurst Street to Jarvis Street, also shows an increase in transit reliability with 85% of streetcars arriving within four minutes during the morning commute.

The latest data covers May and June of this year, and states that there’s an approximate four to five-minute improvement in the slowest streetcar travel time during the afternoon commute.

“The King Street Transit Pilot demonstrates that we can move a larger number of people on the city’s busiest surface route, quickly and reliably, while managing the impact on drivers and local businesses,” said Mayor John Tory in a release.

“The city will continue to carefully measure this pilot to make sure that it works for more than 80,000 daily riders of the King Street streetcar and everyone who enjoys this vibrant part of our city.” 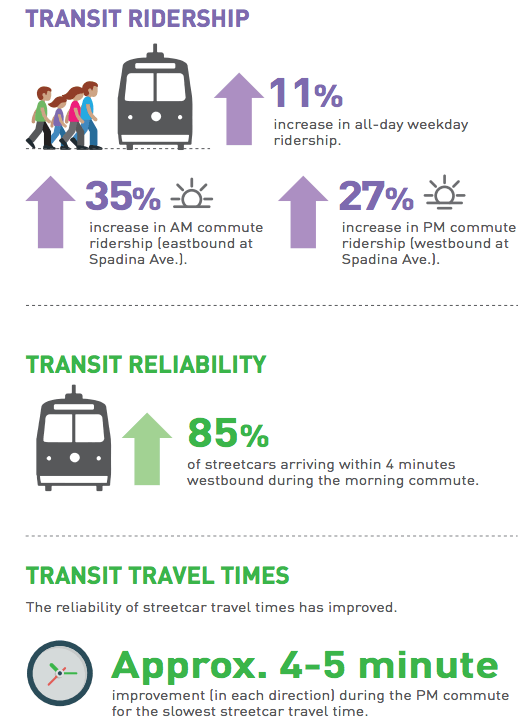 Besides ridership, the pilot showed an increase in pedestrian and cycling volumes, consistent with seasonal changes.

The latest report also stated that consumer spending is up 0.3% since the pilot began as compared to the same months last year.

The King Street pilot project is being monitored for impact on transit service, traffic flow on parallel streets and effects on pedestrians, cyclists and local businesses.