King Street will soon be a more transit-friendly zone.

At Thursday evening’s City Council meeting, a majority voted to go ahead with the King Street Pilot Project which puts transit first.

On a typical weekday, the street carries more than 65,000 riders and the 504 is one of the busiest streetcars, according to the City of Toronto. And now, with the project’s approval to prioritize these streetcars and eliminate vehicle use on the downtown road, the downtown street will cater to transit commuters.

Council also approved implementing a late-night exemption from 10:00 pm to 5:00 am for licensed taxis from to be allowed through the King Street Transit Pilot area to help safely and effectively transport people out of nightlife along the popular street.

Difficult to capture in words the shift the approval of #KingStreetPilot represents. It’s putting ‘people + transit first’ into practise. pic.twitter.com/TxHgcs7hrW

The King Street Pilot is part of a larger City study for the downtown area called TOcore. TOcore is about creating a downtown that supports outdoor spaces like parks and the public realm, transportation, and community service.

The Pilot is expected to start this fall. 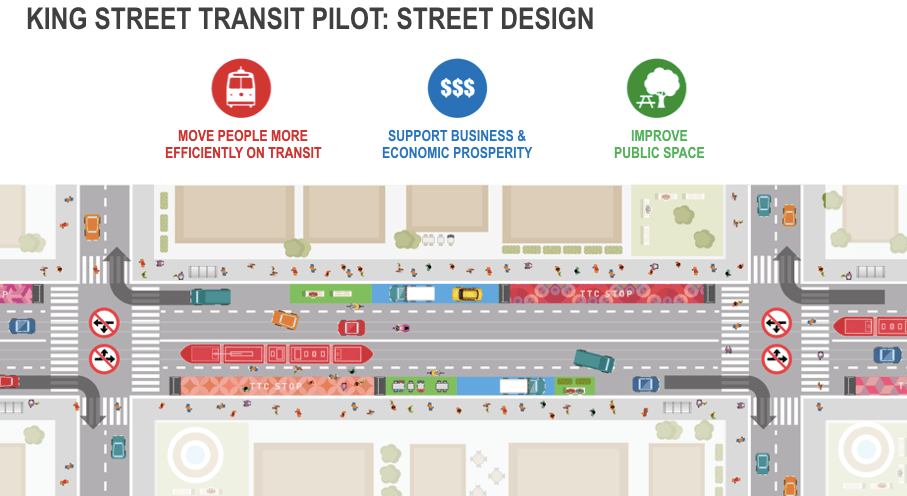