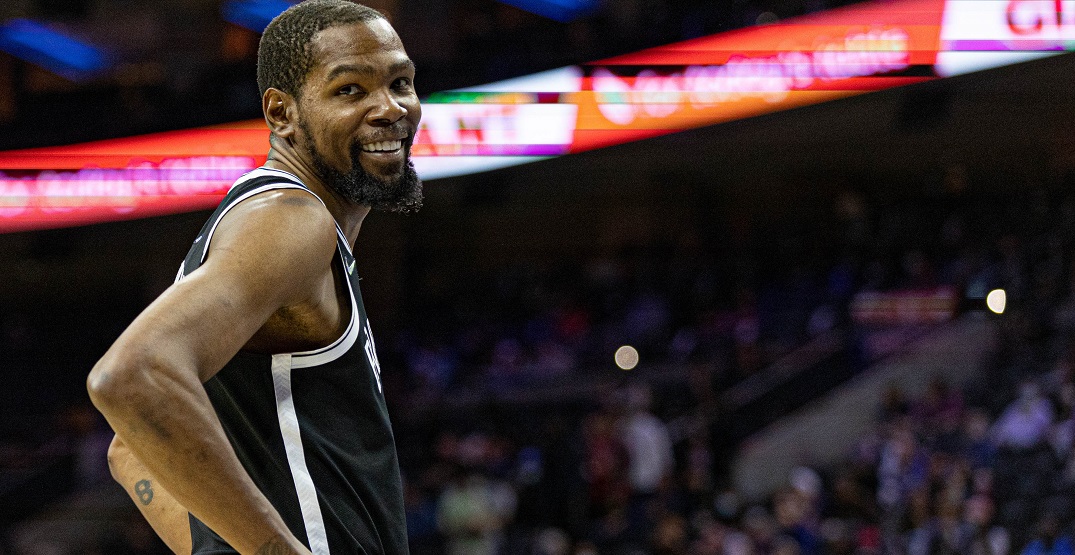 Durant, as you may recall, suffered an Achilles injury in the 2019 NBA Finals in Toronto while a member of the Golden State Warriors. Raptors fans received some stick from around the basketball world for cheering when an already banged-up Durant hit the deck.

But it doesn’t seem like Durant has any ill will against Toronto’s fanbase. His Nets team is heading to Toronto for a matchup against the Raptors on Sunday, his first game back in the city since his Achilles injury.

“I’m excited that Toronto is open again and they got their their team back,” Durant told reporters after Friday’s contest. “That’s a unique fanbase. You know they’re going to be on their feet all game, giving their team some energy.”

It’s easy to forget that the Raptors’ last playoff series win actually came in a sweep of the Nets in the 2020 NBA bubble. But that was a team without Durant or Kyrie Irving due to injuries, and prior to the acquisition of James Harden from Houston.

The Nets currently carry a 6-3 record, while the Raptors are 6-4.

“They got one of the best fan bases,” Harden said. “So it’s gonna be exciting… they’re a scrappy team.”

“This is gonna be a nice test for us… that’s a good team,” Durant added.

But some Raptors fans aren’t buying the goodwill gesture.

Durant has scored 30 or more points five times in his ten career regular season visits to Toronto, including a pair of 51-point outbursts.

this mans had this date circled in his calendar since the last time he played in our arena… revenge game otw https://t.co/MAQ1LVmHIY

This man dropping 50 and I can't even be mad at that given how things went the last time he was in Toronto. https://t.co/LtZwbvumZQ