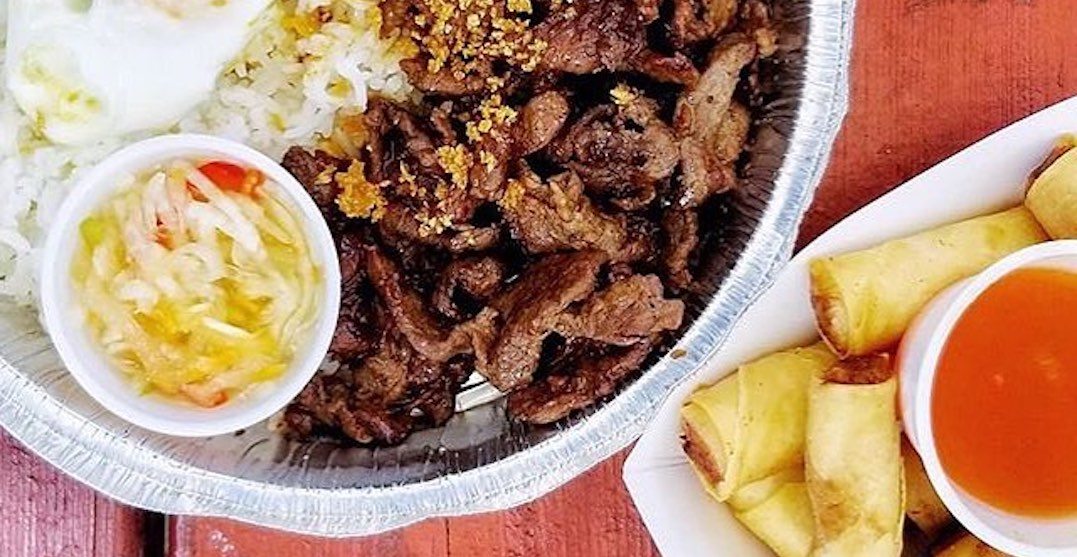 Summer’s not over, Toronto. And while it’s still around, you’d best make the most of it.

Which is why you have no excuse to miss out on the upcoming series of Filipino night markets that will be popping up on Dundas West for the next three weeks.

Starting Friday, August 23, Kanto will be offering authentic and traditional Filipino street eats from 6 pm until 2 am out of its stall at Market 707.

The late-night offerings will be available on Friday, August 30 and Friday, September 6 as well. Which means you can count on the end of your weeks being delicious until summer’s pretty much done.

The menu over the next few weeks will include iconic BBQ skewers and puso (hanging rice) as well as other Filipino favourites like isaw, sizzling sisig, lechon, fish balls, and much more!

For the series, Kanto has partnered with San Miguel beer, and the eatery has installed a pop-up patio where you’ll be able to sit and enjoy hot grub with a cold brew.

A DJ will be spinning tunes late into the night, which means sleep can wait. Because these eats are taking precedence.