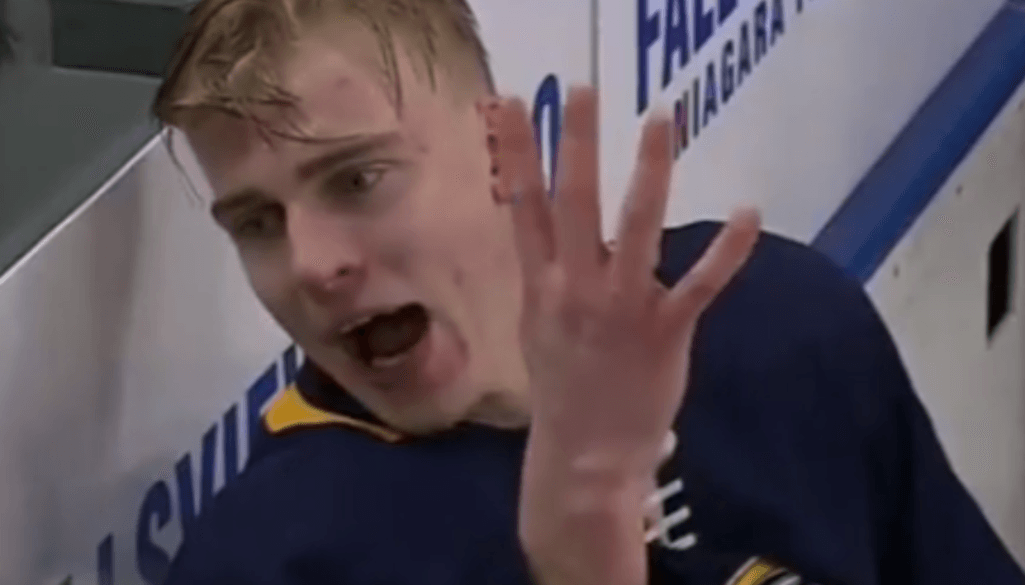 Counting is hard and probably isn’t any easier after taking a few punches to the head.

Sabres defenceman Rasmus Ristolainen needed a little help with his addition on Monday night after a fight with Nazem Kadri, who was more than happy to fact check his work.

After the two traded blows for a while, the fight ended in more or less a draw. Naturally, both continued their spat into the penalty box.

At this point Ristolainen seemed eager to let Kadri know that they’ve got plenty of time to settle the beef between them. Monday’s game was just the first between the Leafs and Sabres this season, meaning they’ve got three more games left.

Or as Ristolainen put it…

In all fairness to Ristolainen, he took the correction in stride. It probably helped that the Sabres were on their way to a 5-3 win.

Both players were interviewed about the fight and the ensuing conversation after the game and Kadri seemed to wish they had four games left as well, saying: “the more time the better.”

Toronto and Buffalo will meet next on March 15 at the Air Canada Centre.