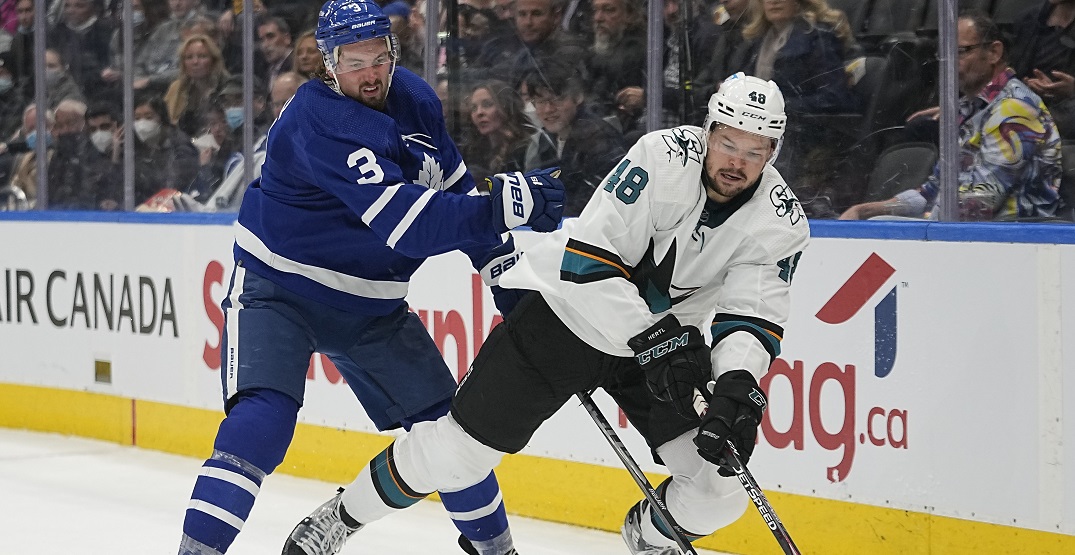 After playing 55 games for the Leafs last year, Holl looks like the odd man out for the team’s defence right now.

At Monday’s practice, Holl was the seventh defenceman on the team’s lineup. With an average 20:39 minutes of ice time this season in his seven games, he was benched for Saturday’s 5-4 win against the Detroit Red Wings.

“I just thought that the D core as a whole played a lot better,” Leafs’ coach Sheldon Keefe said on Monday of the win against Detroit. “I thought Timothy Liljegren, in particular, had a really strong game. For those reasons, we wanted to keep it going and get another look at it.”

In his seven games this season, Holl has not gotten off to the best start. He’s put up no points and has been on the ice for ten goals against at even strength compared to just three goals for the Leafs.

The 27-year-old is no stranger to the healthy scratch role with the Leafs, having been a frequent member of former head coach Mike Babcock’s proverbial “doghouse.” In 2018-19, Holl played just 11 games for the Leafs despite spending the entirety of the season on the NHL roster.

But he’s played 110 of Sheldon Keefe’s 112 regular season games since his takeover of the Leafs in November 2019. Holl also suited up for all seven games in last year’s playoff loss to the Canadiens.

“It is difficult when you are coming in and out of the lineup and sitting for long periods,” Keefe added. “We recognize that. We feel like [Liljegren] has earned another opportunity to stick in.”