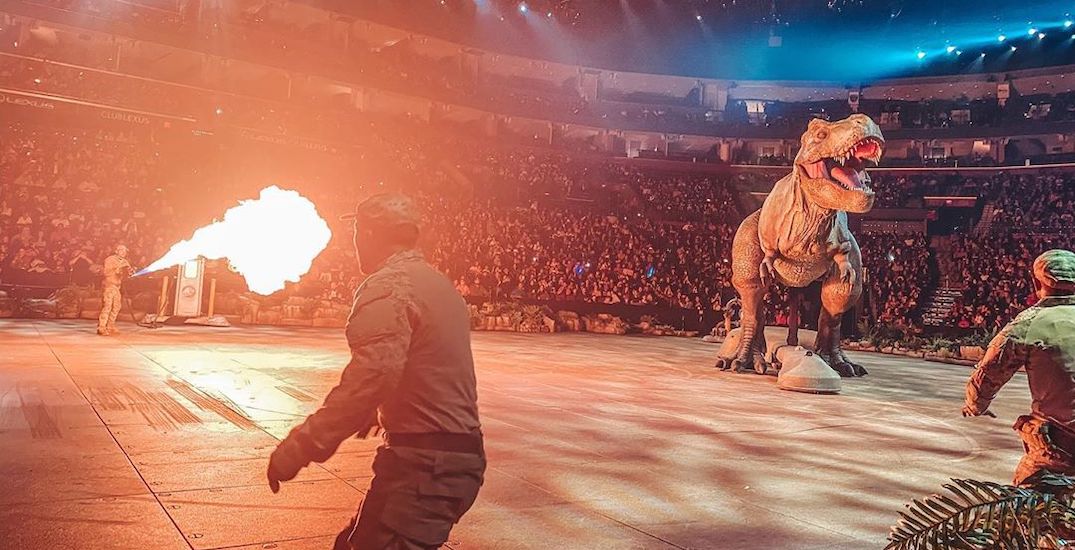 Over 65 million years ago, dinosaurs roamed the Earth. And in a few months, they’ll be taking on the Scotiabank Arena.

A live show of Jurassic World is coming to Toronto from September 10 to 13, bringing all the dinosaurs from the popular film franchise to life… sort of.

Taking snippets from the iconic film franchise, the live show will include “an original story that brings human and dinosaur characters together in an all-new production.”

The show features special effects, strobe lights, and theatrical fog, and is recommended for the entire family.

Just — you know — remember to stay out of the tall grass.

When: September 10 to 13
Where: Scotiabank Arena
Price: TBA, details online