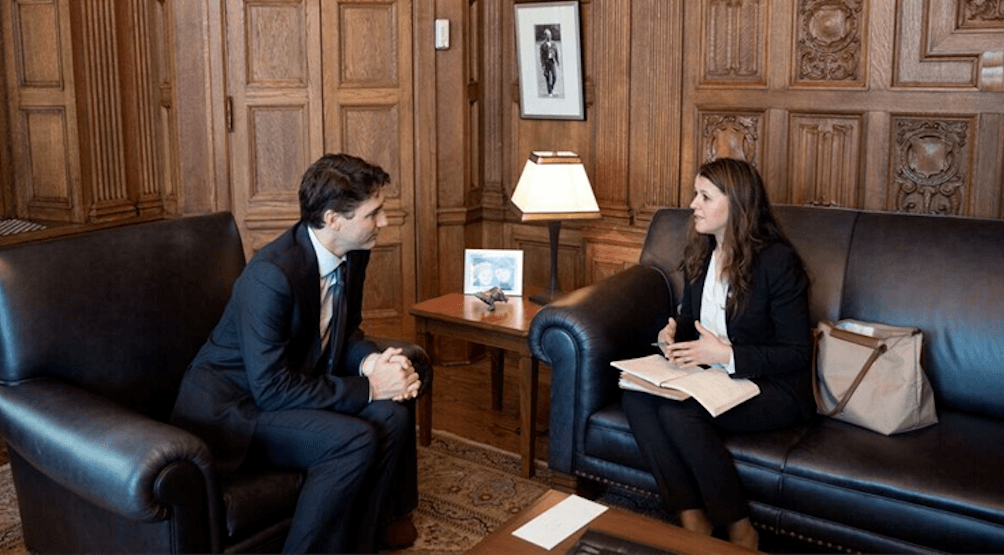 Some Torontonians may be familiar with Julie Dzerowicz’s name.

The Toronto MP is the first female Member of Parliament for the Davenport riding, and has been at her post since October 2015.

The Liberal MP was one of many who shared Justin Trudeau’s heartwarming message to mark the International Day Against Homophobia, Transphobia, and Biphobia on May 17.

Several MP’s shared Trudeau’s post directly, and it seemed they all had the same message to share. Like Adam Vaughan here, or Jane Philpott below it.

Unfortunately for Dzerowicz, her message went out but something was missing.

It’s important to be a good ally in [riding name] this #IDAHOT. #cdnpoli pic.twitter.com/8t3mPgJE45

In her initial message, which has since been corrected, Dzerowicz forgot to change her [riding name].

So glad Julie is my MP in [riding name]! https://t.co/yO2bWAuqRM

The MP has since issued an apology. “Failing to mention our riding name was a dishonour to the LGBTQ2 community in Davenport and their important contributions to our riding and Canada as a whole, and I apologize to all those who may have been hurt by this,” she said.

But of course, the error did not go unnoticed. As many comments about the [riding name] fail still remains on her Facebook page. 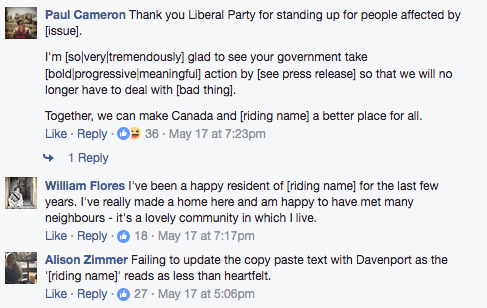 And although she has apologized, some feel its a little too late.

But this probably sums it up.