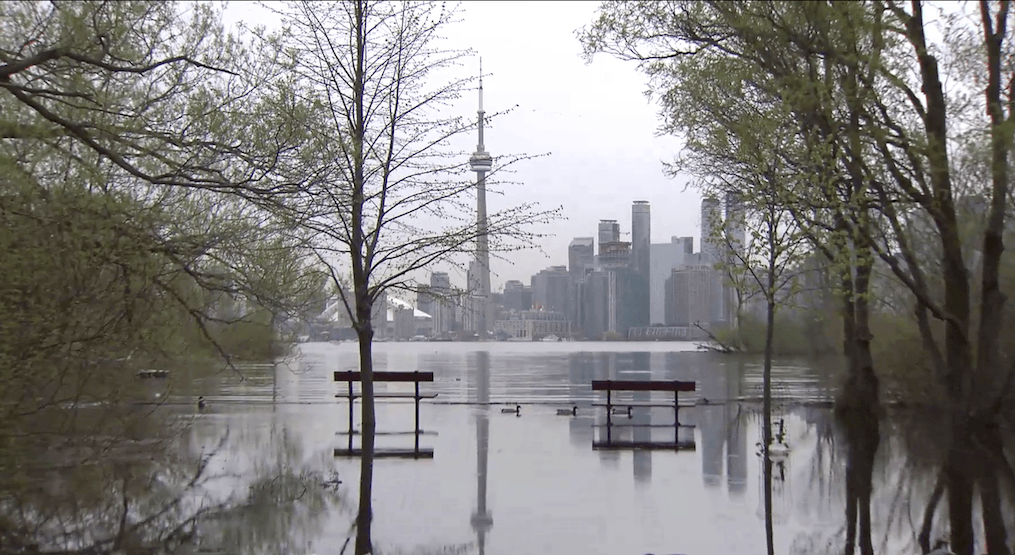 According to the latest from the City of Toronto, experts advise that this situation is not expected to see any improvement for several weeks. And as the long weekend is almost here, the City is reminding residents that the Park remains off limits.

City staff released video footage of what the Island currently looks like, showing enough water on the roads for kayakers and cars to be side by side.

Updates on the City’s response to flooding at Toronto Island Park are as follows:

Permits
All permits at Toronto Island Park up to and including June 30 are cancelled due to flooding. City staff are working with permit holders to provide any available options for rescheduling or relocation of their events.

Ferry service
As mentioned, ferry access to Toronto Island Park is restricted to residents and authorized personnel only.

Toronto Island beaches
Hanlan’s Point, Gibraltar Point and Centre Island beaches are under water and closed until further notice. Residents are advised that beaches on the mainland will open for the season, with lifeguards in place, on June 1.

Centreville
Centreville will remain closed. Staff will monitor the situation and will work with the operator to open once water levels have receded to safe levels.

At the current levels, experts advise it will take several weeks for water levels to return to normal, said the City. Cleanup and restoration efforts will begin once the lake levels subside.

And in the city’s East end, the water levels near Rouge Beach are also rising.

Looks like beaches are not in the cards this long weekend.