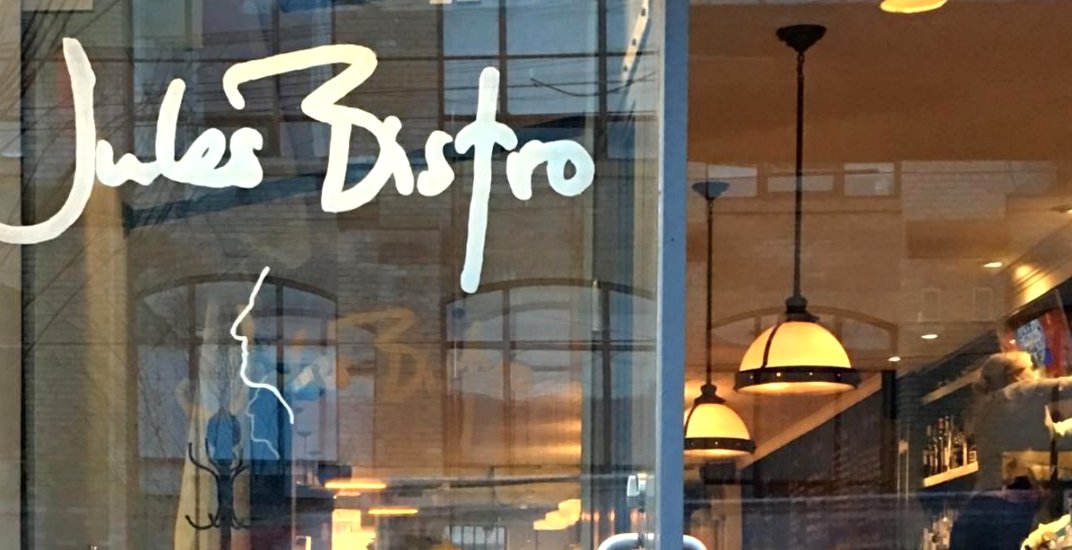 Jules Bistro is taking over the former address of Edward Levesque’s Kitchen in Leslieville.

Spotted and shared by a member in I Am A Leslievillian Facebook group, there is good reason for locals to get excited.

The incoming restaurant is the third Toronto outpost of the French bistro which already operates locations at Spadina and Richmond, and on Queen West just west of Trinity Bellwoods Park.