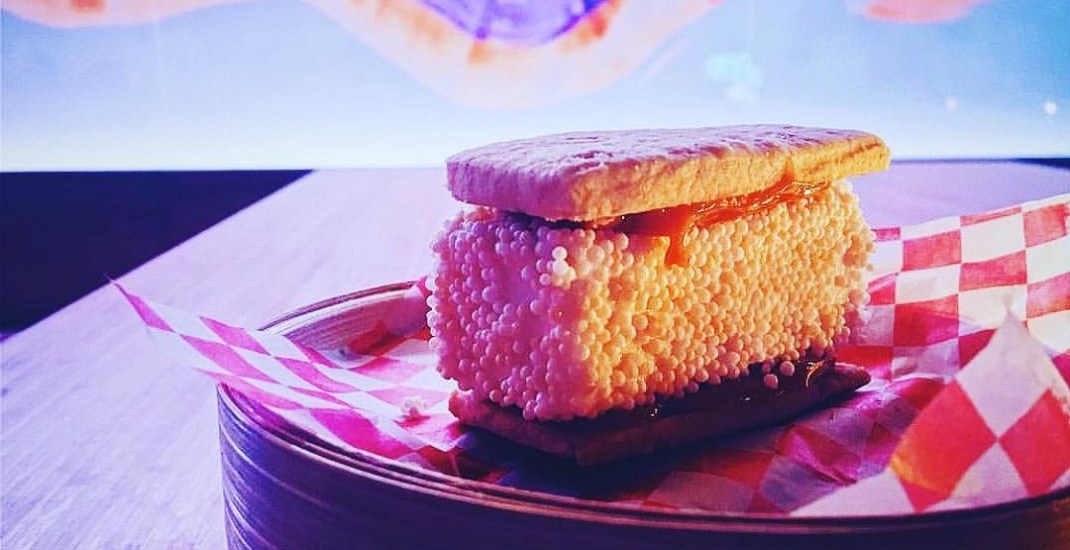 “We carved out a kitchen inside of @coldteabar. Small kitchen. Big menu,” reads a post to Instagram, which also announced that Juanm0t0 is open from 6 pm to last call, from Monday to Saturday.

Situated at the end of a long corridor in the “Kensington Mall,” Cold Tea might be a hidden gem but it’s hardly a secret in the city.

The bar, which has recently undergone a total revamp, has played host to a rotating cast of restaurants (including HanM0t0 and Pinky’s Ca Phé in the past) for weekly pop-up BBQs meant to complement a menu of cocktails and tall cans.

Open since the first week in 2018, the new fixture in the Cold Tea kitchen is already dishing out plates of charcoal-grilled, then fried Teriyakitori Wings, Silken Tofu Guacamole served with house-made taro chips, miso ice cream sandwiches, and specials.