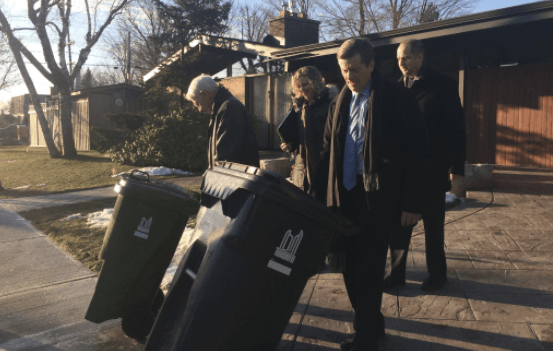 The Toronto Mayor discussed the future of waste collection in the city’s east end at a press conference on Wednesday morning, and stated that the move to accept private bids is more about saving money.

“Torontonians expect reliable & problem free services. Contracting out garbage has worked well & can save the City millions of dollars,” Tory tweeted after the press conference. “This is not about ideology. It’s about value for money. It’s about delivering good services at the most affordable price.”

According to a City report, regarding the privatization, “a managed competition process provides a consistent, fair and transparent approach when comparing in-house and external service delivery costs.”

Although the privatized garbage collection is meant to save money over time, the report outlines an estimated one-time cost of about $500,000 to manage competition procurement. The cost is accounted for in the 2017 Solid Waste Management Services budget.

Tory showed his support in a series of tweets following his initial announcement.

Testing the marketplace for garbage pickup will save millions. It’s a transparent & fair process that can improve services for less money.

Cities including Ottawa, Hamilton and Chicago use managed competition to get best value for public services.

The City union will be able to bid on contract. We will then have a true ‘apples to apples’ comparison of the costs & quality of service.