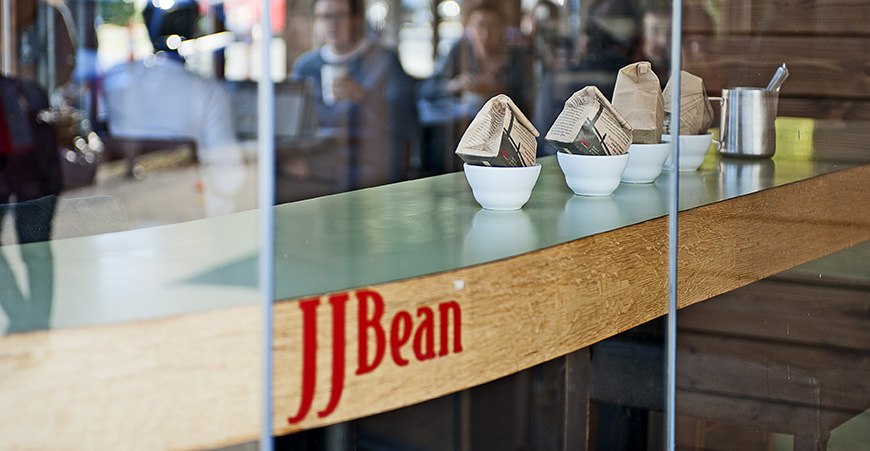 Setting up shop two blocks south of Nathan Phillips Square, this light-filled location, which soft launched on August 11, offers inside seating for six, lobby seating for 38, and patio seating for 40.

This is the cafe and roaster chain’s second foray into the Toronto market, and owner John Neate Jr. (JJ) tells Daily Hive that this is only the beginning.

The menu at JJ Bean Adelaide mirrors the one offered at Bartley and the others in Vancouver. Customers can therefore expect to find a range of quality caffeinated beverages and a reliably good selection of freshly baked goods (think cookies, muffins, scones, and pastries), as well as sandwiches and wraps.

Neate has big plans for JJ Bean in Toronto. When discussing the Toronto operation he says, “if Vancouver can have 18 stores and Toronto is six times bigger, what’s the limit?”

Neate intends to open up another Toronto location at St. Clair and Yonge in early October, with several more outposts set to open over the next few years. “By next July we hope to have [cafe] number four open in Toronto,” states Neate.

2016 has been a record year for JJ Bean, which has grown quite significantly since launching in Vancouver back in 1996, with the opening of a downtown Vancouver location in January, and Toronto outlets Bartley, Adelaide, and the yet to be revealed St. Clair branch.