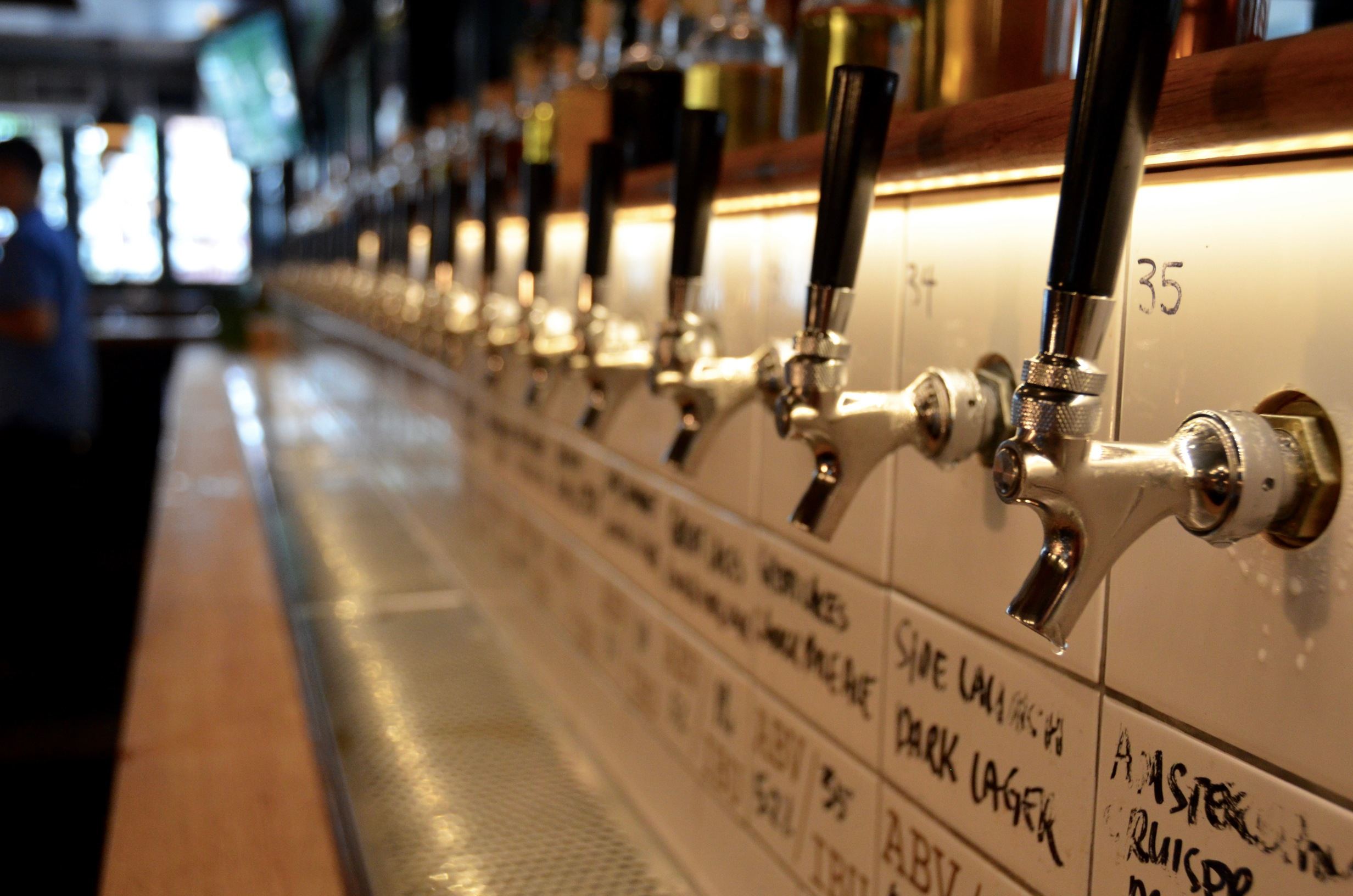 But the King and Brant hotspot is a little different than many of the other eateries and late-night destinations you’ll find along the same strip. 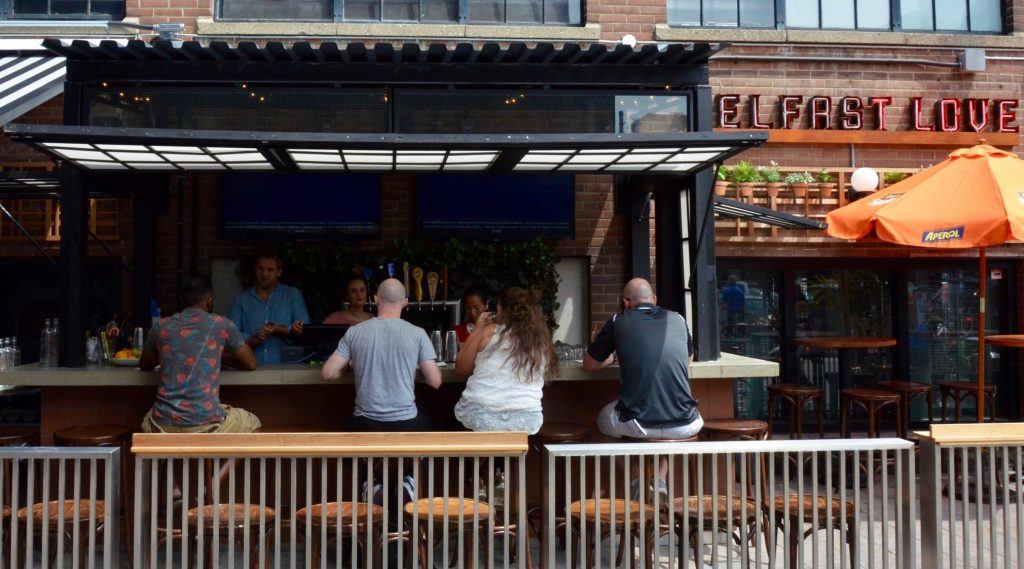 As Scott Rowe, head of Business Development, tells Daily Hive, “We’re a pub group through and through.”

The group Rowe is referring to is the Donnelly Group, a Vancouver-based company with a portfolio of similarly-vibed pubs that resonate well with a non-discerning crowd in YVR.

And it seems like Belfast Love, the Donnelly Group’s first Toronto excursion, has been created to prove Rowe’s statement in every way possible. 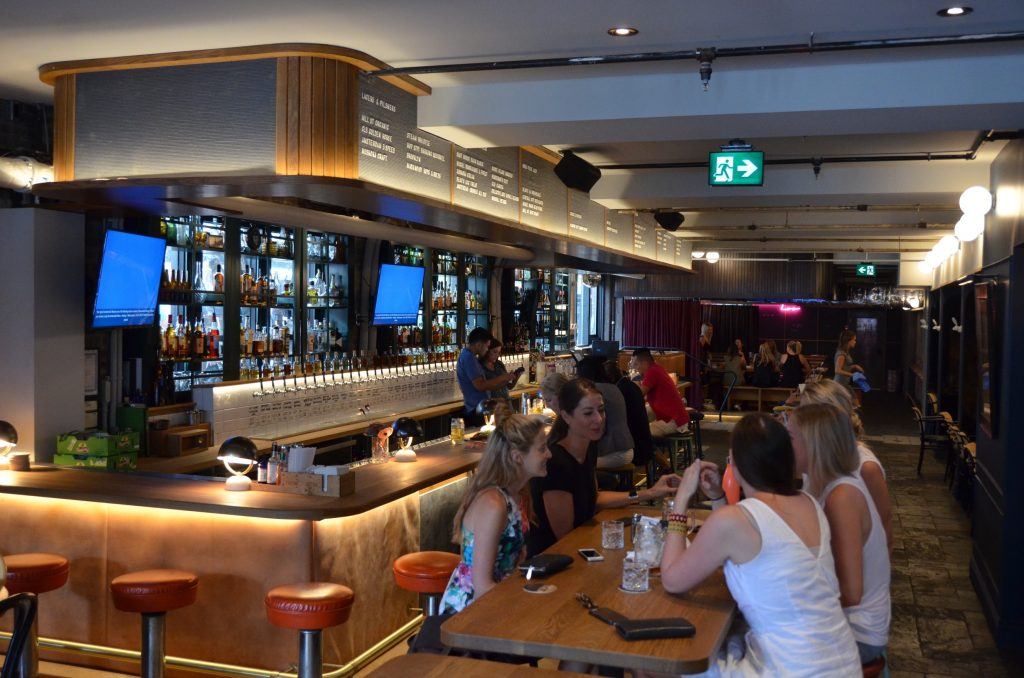 While massive, Belfast Love manages to create several different spaces within itself, each of which offer their own take on pub life. There’s a separate space for a pool table and private bar, a long main bar that invites you to take a seat across from the 40 beers on tap – more than 90% of which are local, craft beers – a front room that lets you look out through crowded glass at the King Street crowd walking by, and of course, a 100+ seat patio just waiting outside.

There truly is something for everyone at Belfast Love. 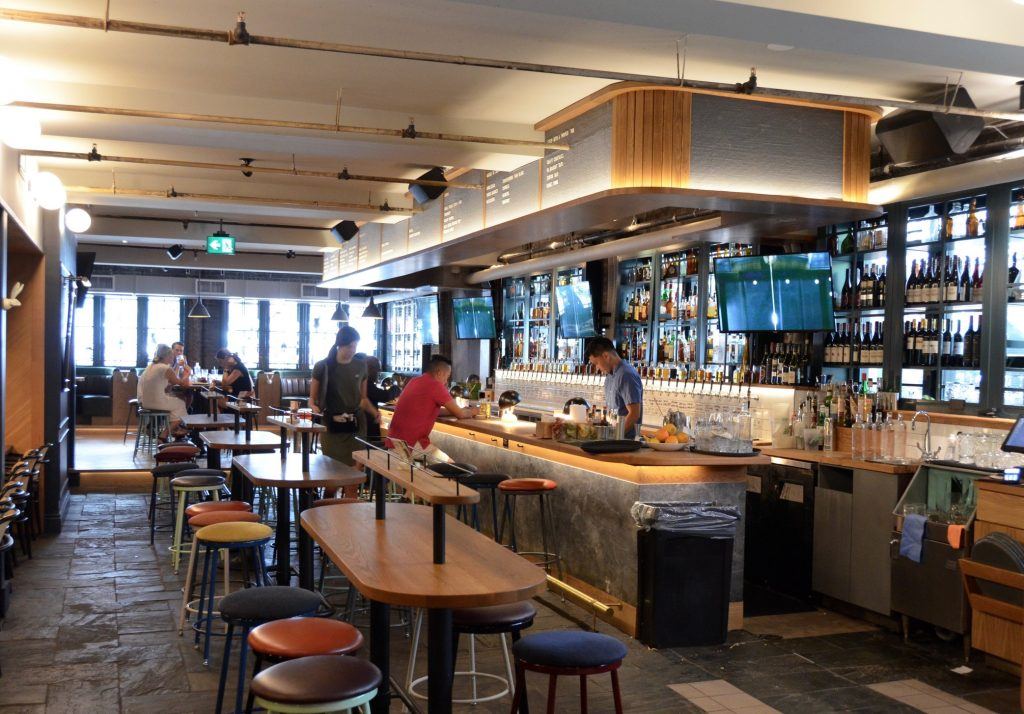 There’s a quiet space if you want it or a friendly bartender to chat to if you don’t. There’s a DJ playing every Thursday thru Sunday night, and a brunch on Saturdays and Sundays from 10 to 4pm. You’ll find 15 TVs (the better to watch the Olympics with, my dear) and free Wi-Fi, fresh cocktails, and more than 60 scotch choices on the menu.

The overall message is that it’s Vancouver roots with a Toronto vibe.

The top-selling dish is the delectable crispy cauliflower, an easy to snack-on afterwork cocktail or beer accompaniment that has the upside (or downside depending on who you talk to) of feeling like a healthy choice but tasting like you know it’s not. 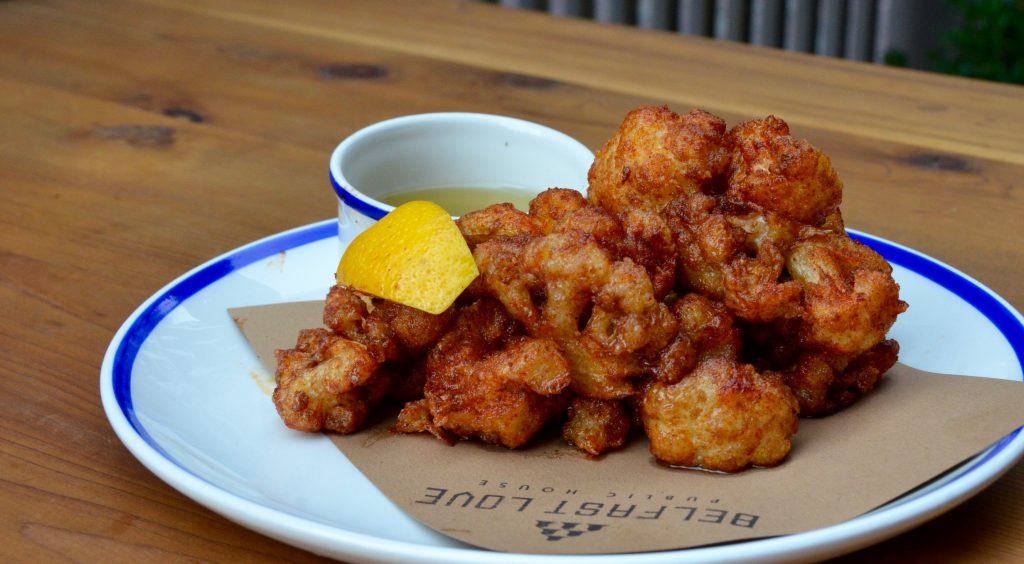 The burger, made with house ground chuck, is above standard and comes with punched fries that are also made in-house daily. 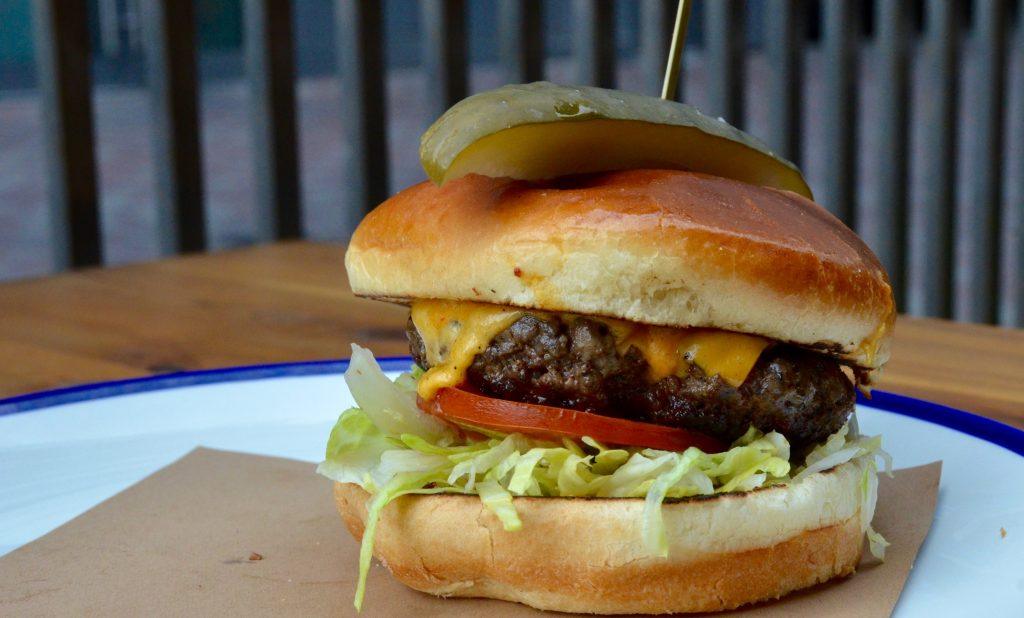 They also offer everything from chicken and waffles to thin crust pizza and chopped kale salad.

The patio has its own bar you can saddle up to in the sunshine, a picnic table style space to bring a group of friends to, and a smaller, more private back patio option that would be perfect for a date.

Go see for yourself. 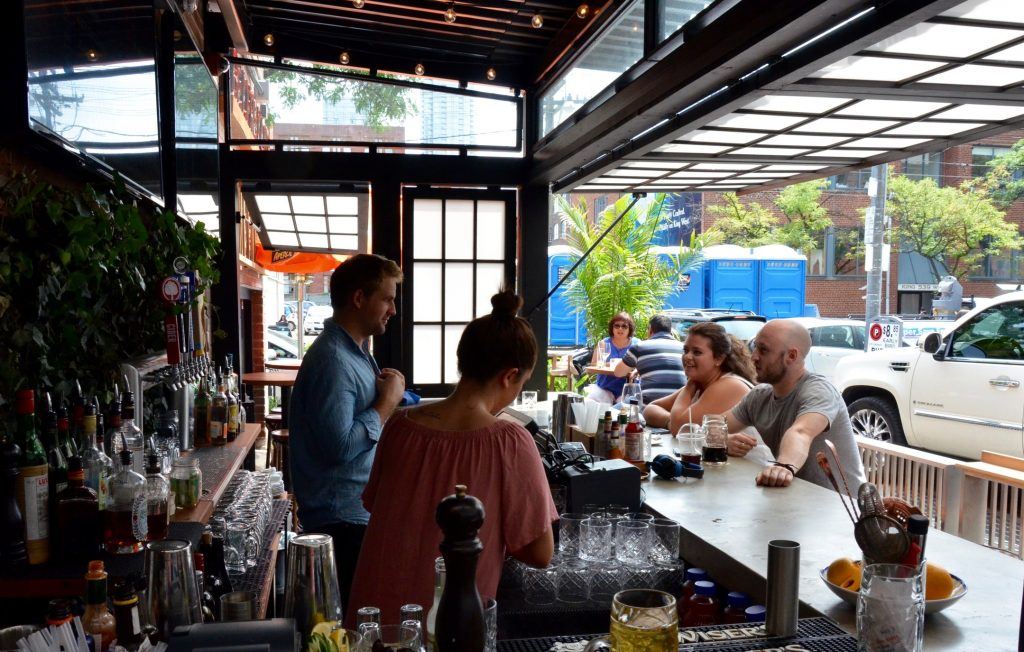 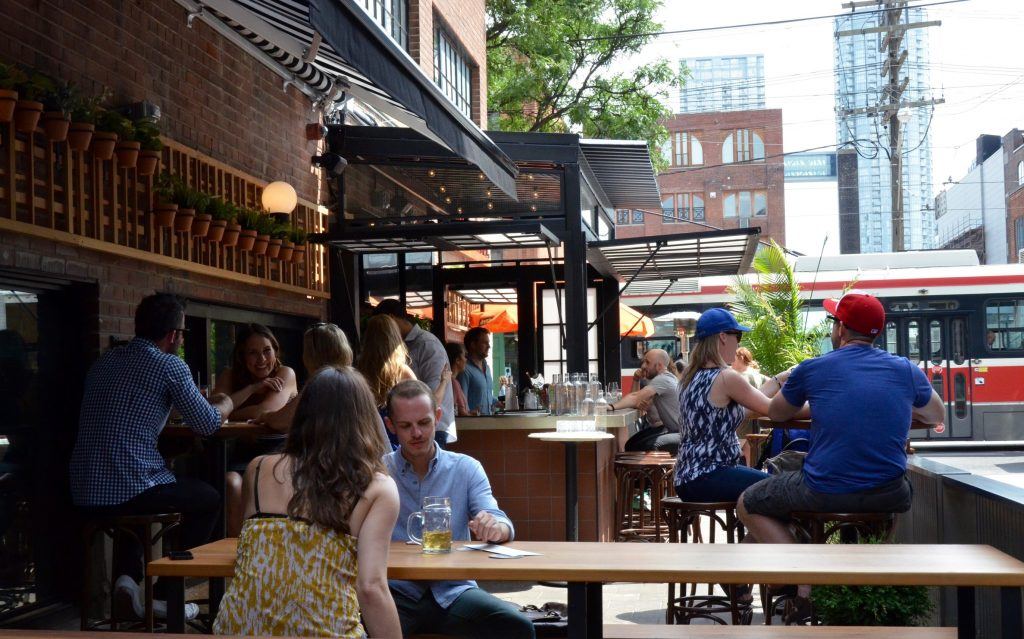 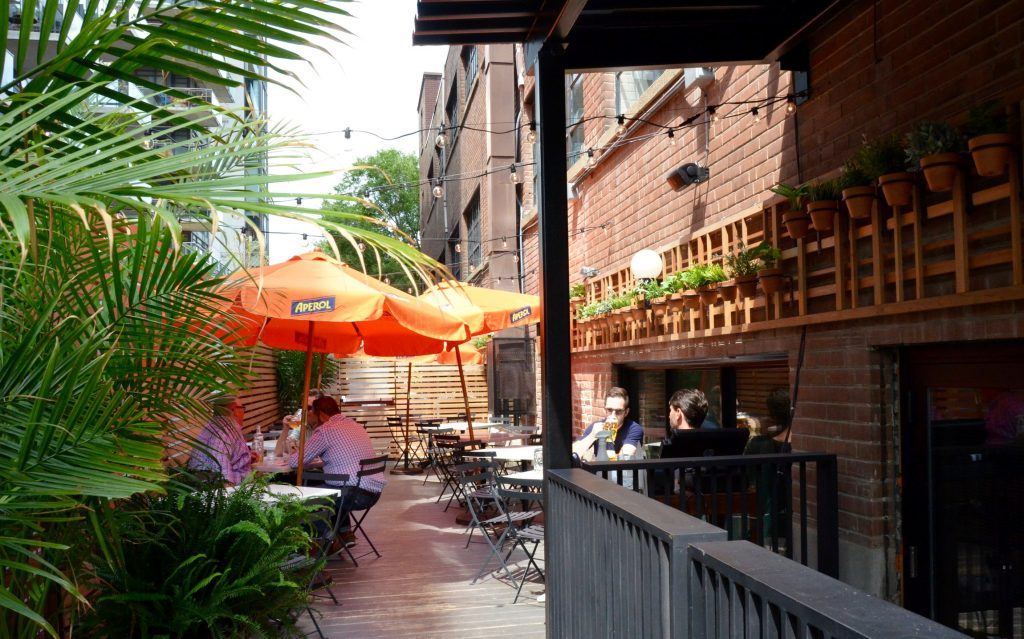