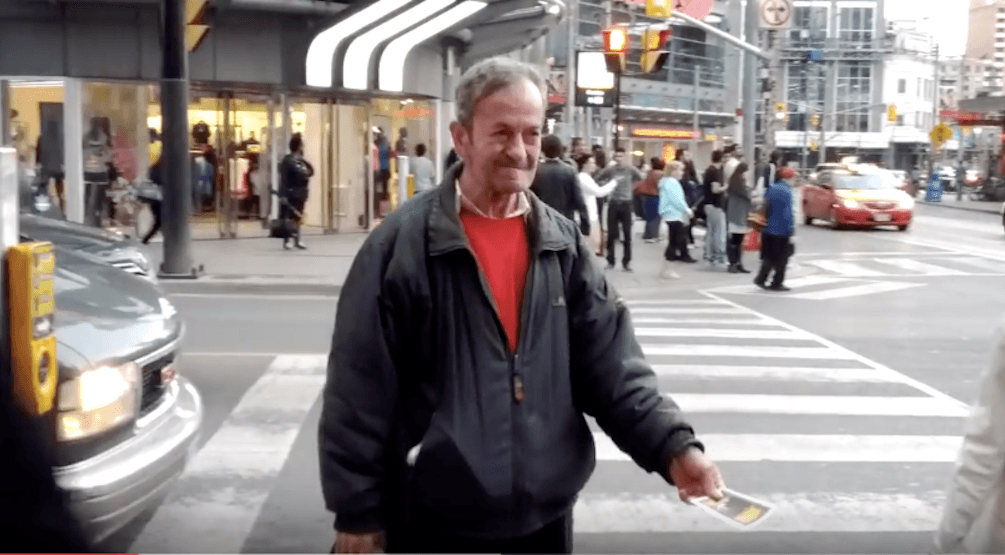 Praise the Yelp gods, Jesus Guy has his own page.

The infamous Yonge-Dundas Square staple known as Jesus Guy has been preaching in the downtown core for over 10 years, easily. Many who live and work in the area see him regularly, and tourists get to learn about him as they walk around our famous square.

It’s no surprise that Jesus Guy has fans.

With a Jesus Guy Twitter and Facebook accounts, it was only natural a Yelp account would come next. And yes, it may not be Jesus Guy (aka Sarko) himself running them, and many are old accounts, but golden nonetheless.

Some say he’s a “must visit,” and most give this Toronto landmark 5 stars. On average, Jesus Guy’s ratings are really good. They are, in fact, almost as good as the CN Tower‘s average ratings.

Get woke, Toronto. And BELIIIIIIIIEVE.