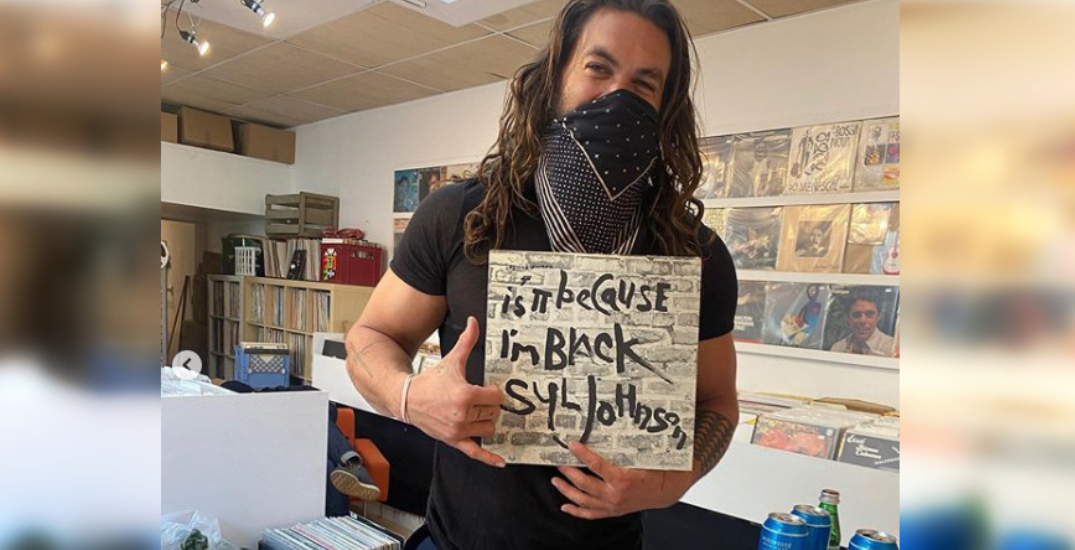 Jason Momoa was spotted getting his groove on to some soul music at a Toronto record store.

The Aquaman star stopped into Cosmos Records, located at 607a Queen St West, on Friday.

The shops Instagram account posted a video of the actor dancing along to Syl Johnson’s “Different Strokes” as he looked through the vinyls.

Cosmos wrote that the Game of Thrones alumni’s visit was “good vibes only.”

Momoa was previously photographed at Ozzy’s Burgers in Kensington Market, and has been seen strolling through Parkdale.

According to the City of Toronto’s list of Current Productions, the actor is in the city to film the second season of the dystopian Apple TV+ series See.