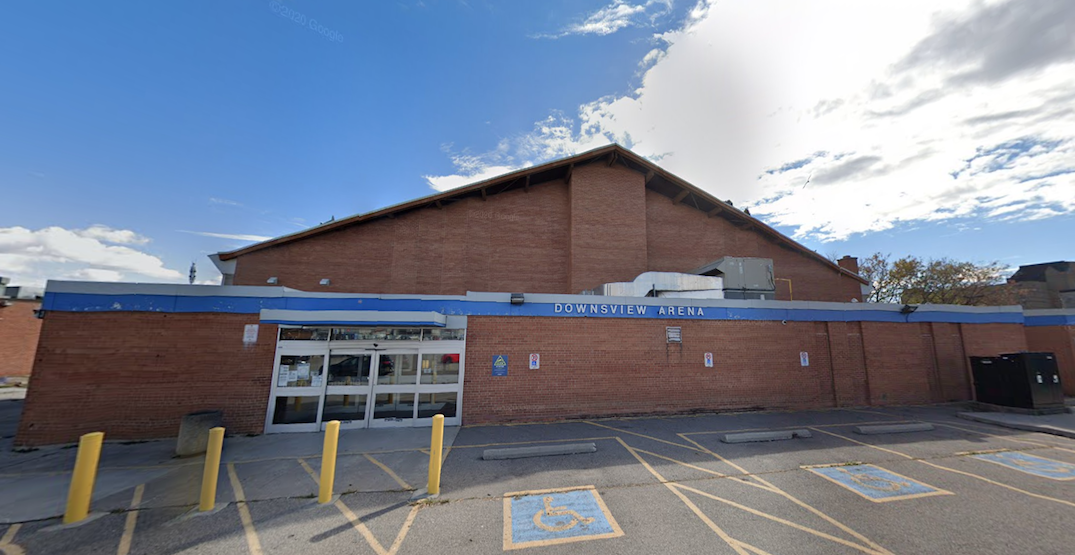 Toronto’s Downsview Arena is about to get a major facelift thanks to a collaboration between the federal, provincial, and municipal governments.

Representatives from each level of government announced on Thursday that a collective $1,761,072 has been allocated for the Downsview Arena repairs. The money will fund upgrades to the arena’s ice rink pad, including its refrigeration and HVAC system, as well as flooring, exterior stair, retaining wall, window, roof, and bathroom accessibility upgrades.

“We’ve learned over the last year how critical recreation is to the wellbeing of Toronto residents as an outlet for them to get physical activity and fresh air,” said Mayor John Tory.

“This joint funding project will allow us to renovate and improve the Downsview Arena, a valued asset in the community and will help us ensure that our amenities can continue to serve future generations.”

Tory added that the renovations will not only improve the quality of the arena but will extend its lifespan and reduce operating costs which will “save taxpayers money.”

The biggest chunk of funding came from the Government of Canada, which provided $704,429. The provincial government contributed $586,965, and the City of Toronto added $469,678.

“Today’s investment for upgrades to the Downsview Arena in Toronto will provide residents with an accessible and modern recreational facility where they can enjoy many more years of great skating activities, and programs, while also maintaining a healthy lifestyle.”

Downsview Arena is currently being used as a pop-up vaccination site for adults who live or work in postal codes beginning with M3J, M3K, M3M, M3N, M6M, M9L, M6M and M9N.

Details on when the upgrade work will begin have not yet been released.