Canada is viewed as a leader in influencing global affairs, according to a recent poll.

Ipsos Global polled citizens of 25 countries on a monthly basis through an online panel system. The survey, which sampled 18,055 adults between 18 and 64 years, was conducted between April 21 and May 5. It shows Canada topping the list of countries and organizations that have positive influence on global affairs today.

While Canada’s 81% positive response remains unchanged from last year (the only country to remain unchanged), France dropped 12 points from 2016 to an overall 59%, while the US shot down 24 points to land at just 40%.

For this portion of the poll, respondents answered to the question, “Thinking about right now, would you say the following countries or organizations are having an overall positive or a negative influence on world affairs?”

And we’re number one. 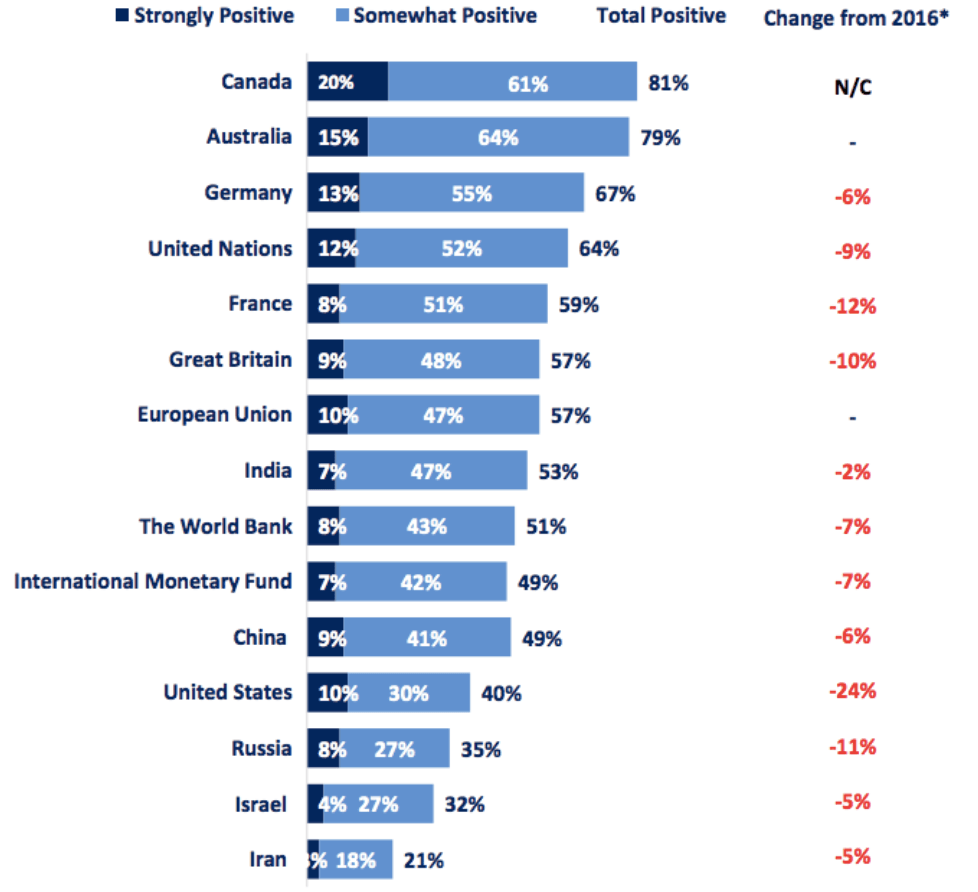