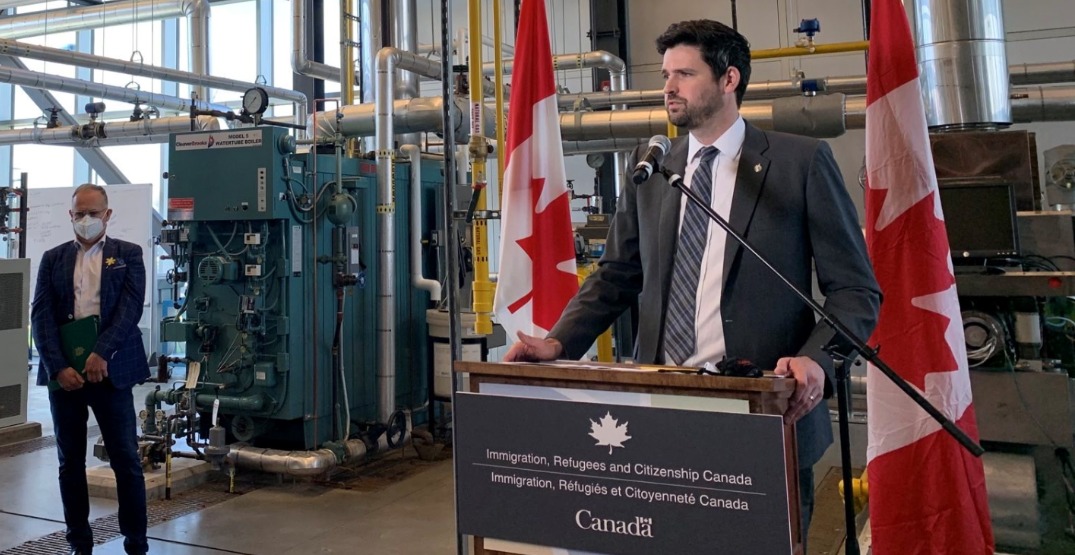 In an attempt to address Canada’s labour shortage, the federal government announced on April 22 that former international students with a post-graduation work permit expiring between January and December 2022 will qualify for an additional open work permit of up to 18 months.

By allowing them to stay longer, the government hopes they will gain work experience and up their chances of qualifying for permanent residency, encouraging them to join the workforce for good.

Plus, skilled international students nearing the end of their post-graduation work permits are already well-integrated into Canada’s labour market, which makes them prime candidates for helping repair the shortage in the country.

Invitations for candidates to apply for permanent residence will begin in early July.

Canada has had a strong economic recovery, but there are still hundreds of thousands of jobs waiting to be filled.

Great to be at @NBCCSaintJohn this morning, alongside @WayneLongSJ to announce a series of measures that will help us address our labour shortage pic.twitter.com/yUivKhs32m

The government also made some broader changes that will impact immigration and labour.

Sean Fraser, Minister of Immigration, Refugees and Citizenship, said in a statement Express Entry draws will soon resume too.

Genuine question I’m curious about:#CERB , etc has all ended. Many employers are seeing a labour shortage and many have not returned to work. My question is: Then what income are they surviving on? Savings maybe? Or perhaps in the process of starting their own business? #Covid

“With the economy growing faster than employers can hire new workers, Canada needs to look at every option so that we have the skills and labour needed to fuel our growth,” said Fraser.

“Immigration will be crucial to easing our labour shortage, and these measures aim to address pressing needs in all sectors across the country, while providing more opportunities for recent graduates and other applicants to build their lives in Canada and continue contributing to our short-term recovery and long-term prosperity.”

He also announced applicants who can apply for an open work permit while waiting for their permanent residence application to be finalized will be able to get permits validated until the end of 2024.

This way, their applications can be finalized before they need to extend their temporary statuses.

The Bank Of Canada has released some new stats for the first quarter of 2022 with their Business Outlook Survey. 40% of firms state that they face shortages of labour that are restricting their ability to meet demand.#labourshortage #laborshortage #labour #employment #hr #jobs pic.twitter.com/MxqlNRq3Bo

In addition, “to support family reunification, immediate family members who are outside Canada and who were included in a principal applicant’s permanent residence application will be eligible for their own open work permit.”

The period for foreign nationals visiting Canada to apply for employer-specific work permits without leaving the country was extended to February 28, 2023.

These new measures will address the pressing needs in our labour market with new talent from abroad, and supports our government’s broader effort to ensure Canadian employers have the workers they need to succeed.

“The limited-time pathway was launched in 2021 to invite a broad range of individuals already working in Canada to apply to stay permanently,” his statement said.

“While closed to new applications since November 2021, the processing of applications will continue for some time.”

Context for the shortage

Canada’s labour shortage was caused in part by the pandemic, which has left “hundreds of thousands of vacant positions in all sectors across the country,” the statement says.

The government made these decisions after Canada set an all-time record for immigration across the country.

And the situation was only worsened by travel restrictions throughout 2020 and 2021 that delayed the processing of overseas applications.

Overall, the federal high-skilled processing inventory has been cut by more than half, decreasing from approximately 111,900 people in September 2021 to just 48,000 people by March 2022.

In 2021, more than 157,000 former students became permanent residents in Canada, and more than 88,000 transitioned straight from post-graduation work permits to permanent status.

We’ve also processed over 100,000 work permit applications in the first quarter of 2022 to help address our labour shortage, doubling the number processed over the same time period in 2021, and made over 156,000 final decisions on PR applications already this year.

The government is exploring a simplified, faster process for carrying this work out, with details expected over the coming weeks.